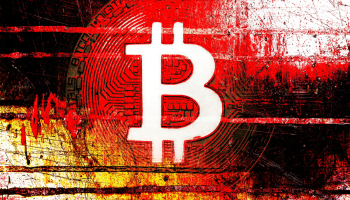 The Washington-based bank that held deposits on behalf of customers of failed crypto platform FTX is to exit the cryptocurrency market, it has announced.

Farmington State Bank — which trades as Moonstone Bank — said last week it planned to return to its “original mission as a community bank”.

It will drop the Moonstone brand and exit the crypto market, the bank said in a statement, and also plans to cease activities in the legal hemp and cannabis sector.

“The change in strategy reflects the impact of recent events in the crypto assets industry and the resultant changing regulatory environment relating to crypto asset businesses,” Farmington stated.

The bank said regular banking customers would experience no changes or disruption to services.

“The bank has consistently remained committed to safe and sound practices, has kept its balance sheet liquid and customer deposits have remained secure and fully accessible,” it added.

According to Forbes, Moonstone’s crypto customers have already been contacted about transferring their accounts to alternative banks.

In November, when concerns were raised about FTX’s liquidity position, Farmington issued a statement explaining it had placed a hold on the company’s depositary account “in light of competing claims and an attempt by potentially unauthorized persons to withdraw the funds”. It was actively seeking guidance from regulators and liquidators as to where to send the money, the statement said.

Farmington later stated the collapse of FTX had “unfairly affected” its reputation, and highlighted that Alameda had a non-controlling interest in the bank and had no board representation.

Farmington is the latest bank to pivot away from cryptocurrency activities in the wake of high-profile collapses and regulatory concerns. New York’s Metropolitan Commercial Bank announced its exit from the sector earlier this month.

Regulators have warned banks cryptocurrency and other digital assets could pose a contagion risk.

Last week, crypto-assets company Genesis’s lending arm filed for bankruptcy protection in the US with creditors owed at least $3.4 billion, according to Reuters. It froze redemptions in November after FTX’s collapse.