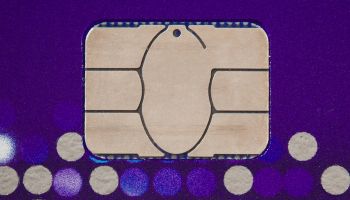 Rising counterfeit card fraud is a key reason why the EMV business case now works for U.S. issuers, as credit card fraud rates doubled to 10 basis points, or 10 cents out of every $100 transacted from 2007 to 2014.

Debit card fraud is also experiencing rapid rates of increase, so the fraud problem, combined with a number of other factors, has prompted a liability shift in the U.S. market. Other contributing factors include the increasing difficulty that U.S. cardholders have in using their magnetic stripe cards overseas, the desire to accelerate the U.S. terminal infrastructure upgrade to facilitate NFC-based mobile payments technology, and the decreasing cost of chips and terminals.

Aite Group finds that the majority of card issuers are choosing to initially issue contact-chip rather than dual-interface cards; drivers of this decision are cost, a desire to keep the initial deployment as simple as possible, and a belief that the merchant infrastructure will not yet be ready to support contactless transactions in any great scale by the liability shift date.

“The 17 months before the liability shift takes effect will pass by quickly, though, and issuers, based on lessons learned from other countries, should consider issues like fraud migration paths and how to counter them, as well as how to educate the consumer and merchant alike on chip cards. They should also consider using third-party expertise, already deployed in the EMV migration of other countries, to streamline the implementation process and help with the knowledge transfer.”

In a new report, Aite looks at the migratory experiences of five countries that preceded the United States in adopting the EMV standard: the United Kingdom, Australia, Brazil, Mexico, and Canada. It also describes the United States’ path to EMV based on interviews with top U.S. issuers and payment networks and makes a series of recommendations for U.S. issuers based on the lessons learned from other countries.