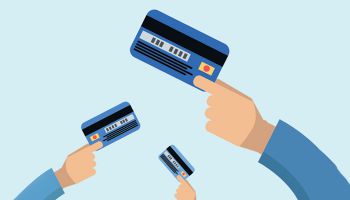 So predicts the London-based RBR consulting firm in its recently released Global Payment Cards Data And Forecasts To 2022 study. The totals include debit cards, which lead the growth trend; credit cards; charge cards; and prepaid cards.

The firm reports that debit cards represent 71% of outstanding cards and that it expects this share to rise. A key reason: Financial inclusion efforts in the Asian-Pacific, Middle Eastern, African, and Latin American markets are increasing participation and that typically begins with debit cards. In addition, institutions in developed countries have been targeting younger customers as cardholders. The firm points out that in the U.K. some issuers offer debit cards to children as young as 11.

“The number of payment cards issued worldwide will continue to grow steadily as more people come into the banking system,” says Chris Herbert of RBR. “The debit card sector will see the strongest expansion in the coming years, in line with the rise in bank account holding. Credit cards, in contrast, will be impacted by regulatory and economic factors in many countries.”

Prepaid cards did not grow in 2016, net. The firm says that this reflects expansion in some countries, such as Vietnam, being offset by shrinkage in others. In Russia, for example, prepaid cards fell, being replaced by adoption of debit cards and e-wallets. In addition, the firm notes, in Russia amounts held in prepaid cards are restricted. Also, Russia prohibits using prepaid cards for cash withdrawals.

The share of the total card population representing credit cards fell two percentage points in 2016 and the firm expects the drop to continue.

Reasons cited for the fall include the rising number of credit card defaults in the U.K., which has led to issuer tightening.

In spite of the overall fall, some markets continue to grow credit cards. The firm notes that in Canada, pro-immigration policies have created additional demand for credit cards and banks have responded with new credit products for this segment.

See "Is cash on the road to extinction?"