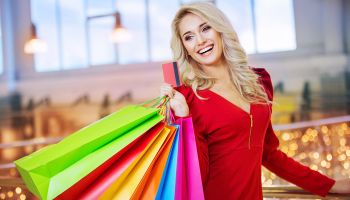 When you hit the stores or websites this holiday season, will you spread the spending joy over all your cards? Or will you stick mostly to your "usual"?

As Americans head out to shop on Black Friday and for the rest of the holiday season, their wallets may be stuffed with multiple ways to pay on credit—on average, five general purpose and other private-label cards.

But new research from TransUnion indicates that the majority will have one that is their holiday shopping card of choice. Most consumers will use their preferred card for an average of 78% of their spending during the holiday season.

And this preference tends to carry through in spite of higher spending during this season, and in the face of incentives by competing issuers. The holiday pattern, it turns out, generally matches the rest of the year, when consumers tend to use one card and on average use that card for 79% of their spending.

These findings and more come from Redefining The Top-of-Wallet Customer, a research project overseen by Nidhi Verma, director of research and consulting at TransUnion. Traditionally a top-of-wallet card consumer is one who uses one particular card for the majority of purchases on credit.

The study was based on 2014 spending patterns. By credit quality segment, the research found that customers in the following categories used their top-of-wallet card for the bulk of their holiday purchases: Super-prime, 82% of credit card spending on one card; Prime-plus, 79%; Prime, 74%; Near-prime, 70%; and Subprime, 68%.

“One might assume card loyalty would decline during the holidays, as retailers and lenders offer attractive perks to encourage use,” says Verma. “Our study found that, once consumers identify their preferred credit card, they remain quite devoted throughout the year.”

Even among subprime cardholders, the pattern holds, though not at quite as high a preference rate in the holiday season, Verma points out. (The survey did not count cardholders with only one available card, as that would not have permitted a real preference.)

Knowing the depth of consumers’ loyalty to their “go-to” card should guide issuers’ promotional efforts, according to Verma.

“For example,” she says, “credit card issuers can use new marketing segmentation tools that utilize spend and balance data to seek out certain consumers, knowing they will remain loyal even as their card spend increases.”

She adds that consumers could benefit if issuers tailored their card offers to the customers’ usage preferences.

October consumer spending growth came in at 0.8%, slightly behind the growth rate in September. (The report is based on year-over-year growth rates.)

“The overall deceleration was due in part to decreased back-to-school shopping activity, and gasoline prices that continued to fall through the month,” First Data’s report stated.

The report indicated that spending growth rate fell compared to September as well as to October 2014 levels among food and beverage stores; food services and drinking places; and retail. However, growth rates picked up in the hotel category—5.1%—and in the travel category, 6.3%.

Overall, consumer spending on credit rose at a rate of 2.7% in October, versus 2% in September. The SpendTrend report noted that credit card availability has increased throughout 2015 and that the unemployment rate for October hit 5%. This is the lowest rate since April 2008.