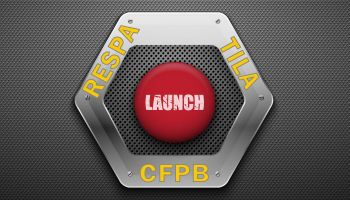 Noting that lenders will have to comply with the Consumer Financial Protection Bureau’s rule regarding new mortgage disclosure forms beginning August 2015, an expert on the combined RESPA-TILA disclosure forms effort provided a list of key takeaways they’ll need to consider between now and then.

Phillip Schulman, partner at K&L Gates LLP, laid bare many of the ins and outs of the new rule, which CFPB dubbed “Know Before You Owe” when the final rule was issued in November 2013.

Speaking at the recent ABA Real Estate Lending Conference, Schulman pulled no punches in explaining that there will be many adjustments necessary to all those in the mortgage industry. However, he also provided encouragement that, at least after what likely will be a turbulent interim period, life will go on.

“The implementation challenges are now,” he said. “[But] it looks like we have been through this stuff many, many times. You’re going to be fine. You’ll survive. We will get through this. We will figure out how to get it done. It will be a pain in the rear the first couple of months, but by the end of 2015, you won’t even remember what the old forms looked like. So don’t panic.”

Goal of the new model

A little background: In passing the Dodd-Frank Act, Congress directed CFPB to propose a regulation combining the forms required by both the Real Estate Settlement Procedures Act and the Truth in Lending Act. The rationale for this was that these laws require overlapping disclosures that often seem confusing and inconsistent, making it hard for consumers to understand what they are getting into in applying for mortgages.

After a year of proposing a rule and collecting 27,000 comment letters, CFPB issued its final rule establishing two new forms that will supersede the current disclosure forms: the Loan Estimate (LE) and the Closing Disclosure (CD).

CFPB offers resources on its own website explaining the new forms.

Schulman offered the following key points to be aware of when adjusting to the new forms:

• “Tolerances” now transformed into “variations”—The good faith estimate is essentially defined as the disclosure of the actual amount charged to a consumer at closing. Even in cases where variations are permitted, the creditor cannot intentionally lowball prepaid interest, escrow amounts, property insurance premiums, etc. However, if circumstances change, revisions are permitted to the loan estimate fees.

• Changed circumstances—The Loan Estimate (LE) can be revised if: changed circumstances cause the charge or aggregate charges to increase or a borrower’s eligibility to change; the borrower requests a change; the borrower indicates an intent to proceed more than ten business days after the LE is provided; there is new construction with closing more than 60 days after the initial LE; or the interest rate is locked.

If the CD becomes inaccurate before closing, a corrected disclosure is needed at or before consummation, making it available for inspection one business day prior. Limited changes require a new three-business-day waiting period, such as changes above APR tolerance, a change to the loan product, or the addition of a prepayment penalty.

• Providing the CD—Either the creditor or settlement agent may provide the CD to the borrower, although the creditor is still responsible.

• Limits on up-front fees—The credit report fee is still allowed to be charged before early disclosures. Creditors are prohibited from imposing fees before the consumer has received the LE and has expressed an intent to proceed with the transaction.

• Itemization of fees and charges—The new rule unbundles the services and separately itemizes each charge. Fees and charges are to be listed alphabetically.

• Record retention—For the LE, three years after the later of: date of consummation; disclosures required to be made; date action required to be taken.

For the CD, five years from date of consummation.

Schulman observed that implementation of the new rule will result in changes to the mortgage settlement process. For example, closings will likely take longer because the CD was expanded from three pages to five pages.

Also, additional time will be needed to explain the form to the consumer.

“The three-day advance submission of the CD may eliminate questions at the closing table, or it may increase inquiries,” said Schulman. “In any event, expect longer closings. A longer closing means fewer closings per day. Fewer closings mean more expensive closings.”