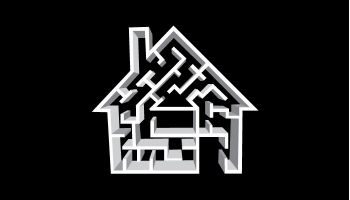 Over the course of 2014, legislative efforts to reform Fannie Mae and Freddie Mac failed. But the government-sponsored enterprises have pushed ahead with efforts that amount to real-world reform, irrespective of congressional inaction.

The latest legislative effort, colloquially called Johnson-Crapo after outgoing Senate Banking Chairman Sen. Tim Johnson (D-S.D.) and then-Ranking Member Mike Crapo (R-Idaho), was set for a markup hearing in May. But the bill languished over hearings that seemed to devolve over the course of the year, culminating in a Democratic dressing-down of Federal Housing Finance Agency Director Mel Watt, a N.Ca. Democrat whose nomination Republicans had strongly opposed.

Little has changed, with legislative reform appearing unlikely in the near term.

"It's tough," said Jim Parrott, senior fellow at the Urban Institute Housing Finance Policy Center. "The only way you see big, comprehensive legislative reform along the lines of Johnson-Crapo is if, frankly, Republican leadership decides that heading into 2016 presidential elections they are going to need to show that they can actually govern and not just take ideological positions."

Among Watt's strategic goals for the FHFA was his push for the offloading of credit risk to private interests, and both enterprises significantly exceeded the target of $90 billion for 2014. Fannie Mae sold bonds referencing $222.23 billion of loans and Freddie Mac sold $147.12 billion worth, according to numbers from the Urban Institute's Housing Center.

Generally, the risk-sharing deals include a small tranche retained by Fannie Mae and Freddie Mac that absorbs a small amount, acting as a sort of credit enhancement, selling a significant slice of risk to the private market and then retaining the catastrophic risk.

For 2015, Fannie Mae officials declined to offer a specific projection on volume, citing the impact of the FHFA's yet-to-be released scorecard, which sets the goal. In 2014, the FHFA released its scorecard in May. The agency and Freddie Mac declined to comment.

Fannie Mae officials told SNL that the agency's scorecard was just one of several factors that would drive the level of 2015 issuance for its credit risk-sharing deals.

"We definitely can meet FHFA's goals, and that's a factor. I don't think we're in a position where we feel like we're having to execute just to satisfy a regulatory demand. It's really about our business needs and market conditions," said Laurel Davis, vice-president of credit risk transfer for Fannie Mae.

Davis said Fannie Mae looks to continue risk-sharing deals on a programmatic basis but will only do so to the extent that market conditions show sufficient interest in the product.

When asked about subscription levels for Fannie Mae's latest bonds, Connecticut Avenue Securities, Davis said the enterprise prefers to look at the number of investors participating in each transaction. She said activity had been robust, with more than 100 investors having participated since the start of the program and each deal averaging roughly 50 capital markets investors.

Both Fannie Mae and Freddie Mac have sold credit risk-sharing bonds to the capital markets since 2013. In 2014, Fannie Mae expanded into the reinsurance market by selling exposure to a pool of mortgages worth $6.42 billion. As this was the first offering of its type, the enterprise was most concerned with exposing the private market to the structure, unique in using actual losses to calculate benefits, said Rob Schaefer, vice-president of credit enhancement strategy and management for Fannie Mae.

"We ultimately wanted to supplement the [Connecticut Avenue Securities] transaction, which continues to be our flagship vehicle for transferring risk, and so we were not as focused on the size of the deal," he said.

Freddie Mac, on the other hand, has tapped the insurance and reinsurance markets since 2013 to purchase additional coverage on its STACR transactions.

More reform from the financial side

Urban Institute's Parrott said the housing finance reform effort was further aided by a proposal to merge Fannie Mae and Freddie Mac into a single security, and the development of a securitization platform — which received a boost when the enterprises in November hired a CEO for the jointly owned venture.

Rather than bemoan the failures of bipartisan legislation such as Johnson-Crapo to reform Fannie Mae and Freddie Mac, taxpayers should celebrate recent developments as the right first steps toward reform, said Joshua Rosner, managing director for financial research consultant Graham & Fisher Co.

"I think that all of these silly notions that we can create an entirely new mortgage finance system have been absurd wastes of time," Rosner told SNL. "And I think it's entirely feasible to get people to recognize that the reason Fannie [Mae] and Freddie [Mac] had problems were the underpricing of risk and excessive leverage."

While some level of legislative action might be ultimately required to spin off Fannie Mae and Freddie Mac as entirely private entities, Rosner told SNL that he could see such legislation facing easy passage if the enterprises continue to implement real-world reform on their own. He said risk-sharing deals were significant, noting that conservative legislators will become more comfortable with spinning off the enterprises as private capital takes on more of their respective portfolios.

Of course, the path to housing finance reform requires a return to safety and soundness for Fannie Mae and Freddie Mac. So far, they have failed their stress tests—in no small part due to the Treasury Department's sweep of all profits from the enterprises.

Technically, the dividends are not deemed a repayment of the bailout and there is no mechanism for Fannie Mae and Freddie Mac to buy back the Treasury's preferred shares it received in the bailout, as reported in The Wall Street Journal—an article Republicans have used to blast the enterprises generally. The argument resurfaced Dec. 11 when the FHFA directed the enterprises to resume allocations to the Housing Trust Fund and Capital Magnet Fund.

"Diverting assets to housing trust funds instead of repaying taxpayers or stabilizing Fannie and Freddie's finances only makes matters worse," said House Financial Services Committee Chairman Jeb Hensarling (R-Texas), in a statement that repeated the claim that Fannie and Freddie "have yet to 'repay' taxpayers one thin dime." Hensarling vowed to call a hearing on the matter in early January.

Inarguably, Fannie and Freddie are not well-capitalized; the most recent stress test in April showed the companies would need to draw as much as $190.0 billion from Treasury in an adverse economic scenario.

Rosner said any hope for recapitalization would first and foremost require an end to the Treasury's sweep. And he did not agree with Republican concerns that allocations for the trust funds, designed to target low-income communities, would harm the enterprises' respective bottom lines. Rather, he said he thinks of the allocations as a positive.

A turning-on of the trust fund," Rosner said, "is a willingness to accept that Fannie and Freddie can be fixed."