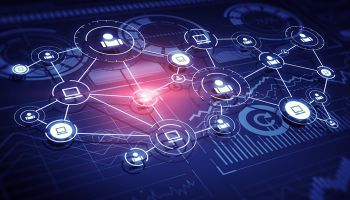 Freed from the repetitive and mundane, compliance staff will be able to devote their time to higher-value tasks, say backers of regtech solutions.

One of the slaps against Uber concerns its long-term plan for driverless cars—putting the human driver out of work. Will regtech—driven by the quest for cost saving and efficiency— “Uber” compliance officers out of their jobs?

“You can automate parts of the function,” says Bain & Company’s Matthias Memminger, “but in the end humans need to make the decisions. That’s where the buck stops.” Says Andrew Sandler of the Buckley Sandler law firm, and a regtech entrepreneur: “Regtech is the enhancer. It turbocharges the capability of the people who have the ultimate responsibility for compliance.” Says Deloitte’s Dilip Krishna: “Human judgment is critical.”

However, the experts say that regtech, as it finds wide adoption, will be transformative to the compliance profession. What the job entails, how it will sit in relation to the rest of the bank, how it will impact compliance officers’ working lives—they say all that will change drastically.

Today much of compliance, especially in smaller banks, remains a roll-up-your-sleeves profession. Regtech promises to reduce that significantly.

Former regulator and Wolters Kluwer regulatory expert Timothy Burniston suggests the job will become easier because the burden of detail work will be reduced in favor of oversight and application of expertise.

Krishna sees compliance jobs evolving to be much more like an in-house legal function. Time will be spent being a source of expertise and answering questions that aren’t mere lookups, but matters requiring perspective. In some ways this will give compliance officers more career mobility, he argues, because they won’t just be seen as the wonks in the basement who handle all that compliance stuff, but competent managers.

Krishna says there might even be migration into Compliance as part of career pathing.

How will this look in practice? The “three lines of defense” framework may be strengthened, Krishna suggests. Under that scheme, the line business unit is responsible for compliance closest to the task. Regtech improves the tools the front line relies on and Compliance, the second line of defense, will help the line apply those tools—designing, customizing, applying, setting rules for the tech. The third line, Internal Audit, will have additional tools as well.

“The more you can automate the process in the first line,” says Krishna, “the less Compliance will have to test transactions. It can become more of a business advisor.” 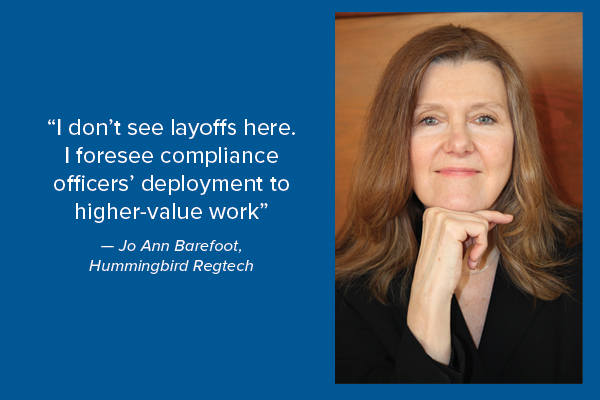 Consultant Richard Riese foresees regtech containing the growth of the three lines to four, five, or six levels. There is a degree of checking the checkers already, he says, that could, absent other factors, grow. Regtech may reduce the expanding need for human audit, he suggests.

• What about "squishy" compliance?