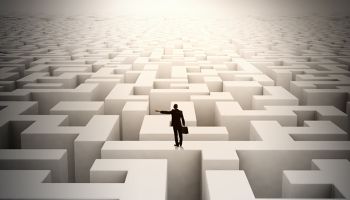 While some aspects of compliance don't lend themselves to complete automation, increasingly technology will be able to help with those tasks that only need human oversight.

The low-hanging fruit of regtech are those functions that technology can handle as well, or even better, potentially, than people. Technology works quickly, doesn’t tire, its eyes don’t glaze over after 5 p.m.

But many elements of compliance are “squishy”—moreso than ever. Bankers rail about the soft definitions in expanded UDAAP, for example. When you have a CFPB essentially saying that they’ll know “abusive” when they see it, how can a machine help? Someday, maybe, CFPB’s thought processes could be captured technologically. But for now, experts suggest that the key is not thinking of regtech taking on the whole task, but helping with pieces.

Jo Ann Barefoot, veteran compliance expert and a member of the Banking Exchange Editorial Advisory Board, talks extensively to regulators here and abroad about post-crisis fairness and regtech. She suggests that analysis made possible through technology can help banks demonstrate that they have treated customers fairly. A bank can show, she says, that “our products did what they were designed to do, and we have held a line on penalty fees,” for example.

Interestingly, some experts point to consumer complaints as a place where regtech can help. Complaint programs have been held up in recent years as a way for banks to spot gestating problems, potential trends, even problem departments or branches, before issues become widespread. David Skanderson of Charles River points out that data analysis is a major focus for CFPB, which mines its complaints database for trends and alerts.

Ally Financial’s top compliance officer Dan Soto says his company already uses technology to monitor customer calls for key words to see what trends reveal themselves. “You’ve got to find a balance between too much analysis in favor of focusing on key decisions and key issues,” he explains.

Timothy Burniston, a top regulatory consultant at Wolters Kluwer, suggests that technology can help spot patterns based on geography and other factors that can point up potential UDAAP and other issues before they become widespread. Existing tools can help with this, and he believes that newer tools can help refine these techniques.

Barefoot suggests that in time regtech evaluation of a bank’s performance can support alternatives to traditional bank examinations. As banks can, through limited trials, demonstrate to regulators the efficacy of alternative credit standards and other new wrinkles, using technology, they could pose new models to regulators. The idea would be to highlight performance over traditional compliance.

This was the idea behind the “strategic plan” alternative test introduced years ago for Community Reinvestment Act evaluation. Barefoot says that option has hardly ever been used by banks. Regtech could reintroduce the concept in new forms.

• What happens to all those compliance people?