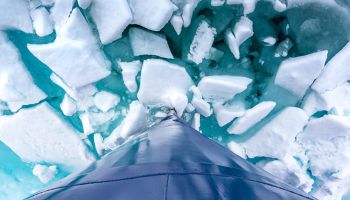 The number of U.S. banking startups remains scarce following the financial crisis, but a handful of companies are taking the plunge.

In May, Bank of Austin secured a charter from the Texas Department of Banking, marking the state's first de novo bank since June 2009.

A thaw at last?

In an interview, Bank of Austin Chairman of the Board James Bruce Bugg Jr. said the company's completion of a $43.16 million private offering, up from its target of $35 million to $40 million, exceeded expectations and represents a "nice cross section" of the Austin business community.

The possibility of a more favorable regulatory environment, combined with the Federal Reserve's increase in short-term interest rates, should improve net interest margins for banks, leading to a possible uptick in de novos, Bugg said.

"I can foresee a new wave of community banks being launched, not only in the state of Texas, but nationally in areas of the United States where there's a strong local economy," Bugg said. "I think we're breaking the ice with the Bank of Austin."

De novo formation was especially strong in the early 2000s, with 156 banks beginning operations in the first year of the decade. Openings declined some over the next several years before peaking again in 2006 with 150 new institutions. Only a handful of banks have been established since the financial crisis. The first, Lakeside Bank of Lake Charles, La., was approved in July 2009 with $12 million of initial capital.

A seven-year period was established in August 2009, around a time when a number of de novos struggled or failed. It subjected companies to higher capital requirements and more frequent examinations. In April 2016, the FDIC reduced the heightened supervisory monitoring period for de novos from seven years to three years, emphasizing that it welcomes new applications, stating there is "ample room" for new community banks.

How much capital does it take?

Randy Dennis, who as president of DD&F Consulting Group consults with community banks across the nation, said the FDIC has "done a really good job" ramping up interest as of late, but has not provided enough clarity about the amount of capital it takes to start a bank.

According to the FDIC, initial capital of a proposed depository institution should provide a Tier 1 capital-to-assets leverage ratio of at least 8.0% through the first three years of operation, and maintain adequate allowance for loan and lease losses.

"They say, 'Well, you know, we've seen probably as low as $15 million and as high as $30 million,'" Dennis said. "Then you get the Texas bank regulator, who says 'I wouldn't even consider anything for less than $35 million.' You kind of get this broad gist."

Byron Richardson, a senior consultant with Bank Resources Inc., said he is currently in the "early stages" of helping organize new banks in the Atlanta-metro area and in Virginia. He said it is unlikely that regulators will ever provide one-size-fits-all capital guidance.

Richardson said that despite barriers, there is a regulatory hunger for new banks.

"That regulatory appetite is I believe driven by the fact that the overall health of the banking industry has improved dramatically over the past several years," he said. "Earnings are up [and] asset quality metrics have improved."

Following the crisis, many investors viewed organizing a new bank as risky, and did not want to contend with heightened capital and examination requirements. Now, there seems to be plenty of interest, Dennis said.

"There's still a ton of money out there that is willing to invest," he added. "There is a ton of management talent out there that's been displaced by all the M&A activity. There is still a real desire to have community banking in some of these markets."

Bank of Austin's Bugg is also chairman of the board at Bank of San Antonio. The company was founded in 2007 with roughly $25 million in capital, and has grown to about $700 million in total assets.

In an "era where the big-four banks have become banking giants," he said there is a need for relationship banking that "delivers on a very high service level" for locally owned businesses.

Bugg said that the state of Texas is "growing at a very dramatic rate," which is encouraging from a business standpoint. But he said Bank of San Antonio's success has stemmed from focusing on commercial and industrial lending and steering away from retail business.

Role of tech grows in importance

Investments in technology could make or break a new bank, as competition from fintech companies hits closer to home. A question mark still hangs over SoFi's FDIC filing — which could offer a glimpse of what it takes for a technology company to run its own bank. According to the application, SoFi Bank would be branchless, which some have speculated is a way for the company to avoid certain regulations or deploy less capital.

Dennis of DD&F Consulting said banks should not be too threatened by the prospect of fintech bank charters, because they "aren't going to build core deposits just through payment systems."

Before opening a new bank, Dennis said companies need to have capital and expertise in place, and need to be in position to buy a small bank or branches of another bank to "start the funding mechanism."

"I think the real question is how do you fund the growth, and not become another Atlanta region where you've got heavy noncore growth and [heavy high-cost deposit growth]," Dennis said. "There's always creativity. There's always ways."

"I think starting a bank from scratch today would still be a tough task," Gipple said. "Back when we did it in the '90s and the early 2000s, it certainly wasn't easy. Anymore, with margins being so tough, with very flat yield curves, rates being low, [and] finding good people being hard ... I just do not see an explosion in de novos. I do see an acceleration of M&A."

Dennis said there are still a number of small banks that could be bought, calling it an "easier road to go down" than chartering a de novo.