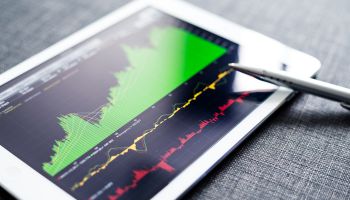 While the financial services IPO market remains far from frothy, conditions have improved in 2017.

Financial institutions completed a total of 10 initial public offerings during the second quarter, and that is the most number of deals in the space since the first quarter of 2015 when 11 IPOs were completed, according to SNL Financial data. The 16 FIG IPOs in the first half of the year generated $1.60 billion in gross proceeds and both of those totals have already surpassed the full-year results in 2016.

The outlook for FIG IPOs seemed to brighten after the U.S. presidential election as the prospect of deregulation of the financial services industry looked to be on the rise. IPO Financial Network President David Menlow said investors remain optimistic when it comes to financial stocks.

But if President Donald Trump cannot execute his agenda to ease some of the burden on the finance space, it will lead to valuation haircuts for companies that are looking to go public, Menlow said.

"I think it will weigh heavily on the prospects for the IPOs in the field that wish to come out," Menlow said in an interview.

Investors are being selective when it comes to IPOs, and many companies have been feeling pricing pressure, said Josef Schuster, founder of IPOX Schuster LLC, which offers index products that track IPOs and spinoffs.

"It's a buyer's market," he said in an interview. "Not a seller's market."

Elevate Credit Inc. is one example of a company that needed to reduce the size of its offering just ahead of its IPO. Elevate Credit decreased its expected IPO price and increased the share count. The company has, however, done well since the IPO and closed July 11 up 26.3% from its debut price.

Most of the FIG companies that executed IPOs in 2017 have seen their stock prices rise. In total, the 16 financial institutions that have gone public this year are up a median of 29.9% through July 11 from their IPO prices. The S&P 500 is up 8.3% over that same time frame.

The two biggest gainers from this year's FIG IPO class so far are insurance underwriters: NI Holdings Inc., up 79.2% and ICC Holdings, up 77.0% through July 11. Four thrifts that executed mutual conversions in the first half of 2017 also have seen healthy stock gains. At the July 11 close, PCSB Financial Corp. was up 71.6% since its offering, HV Bancorp Inc. up 44.6%, Community Savings Bancorp Inc., up 39.0% and Community First Bancshares Inc (MHC), up 33.4%.

Aside from the thrift conversions, three banks, Byline Bancorp Inc., Esquire Financial Holdings Inc. and Cadence Bancorp., went public in the second quarter. Byline and Esquire completed their IPOs in June and were up 6.6% and 6.7%, respectively, while Cadence has seen its stock price rise 12.0% since its April debut.

Investment companies have been the laggards from a return standpoint thus far in 2017. Four companies from that space completed IPOs during the first half of the year, and three were trading below their IPO price as of the July 11 close. Sachem Capital Corp. was down 5.6%, Granite Point Mortgage Trust was down 2.5% and TCG BDC Inc. was down 1.7%. KKR Real Estate Finance Trust was the only one of the four investment companies above its IPO price, registering a 5.3% increase.

Still, the four have helped end an IPO drought in the investment company space that had lasted since the first quarter of 2015. Asset managers had an even longer dry spell before Hamilton Lane Inc. went public in February; that industry had been without an IPO since the fourth quarter of 2014. Hamilton Lane's share price was up 37.1% through July 11.

Even though many FIG companies have seen their stock prices jump after hitting the market, others looking to go public may have to contend with the ramifications of a deal outside their sector. Menlow noted that the IPO market in general suffered a setback with the performance of Snap Inc., which closed July 11 below its IPO price. When high-profile IPOs fail to perform as expected, it can negatively impact investor mentality and make it more difficult for companies in any sector to complete an IPO.

"It's a different sector, but it's indicative of the pricing mentality," he said. "You have a lot of risk on this trail."