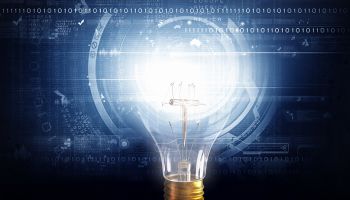 Fintechs and traditional banks frequently have a different concept of where the future of a startup organization lies, said Acting Comptroller of the Currency Keith Noreika.

Acting Comptroller of the Currency Keith Noreika recalled that “I walked in the door and I was immediately sued by the State of New York—which I was happy to do.”

Noreika, in his official capacity of Comptroller, was sued by New York’s financial regular over the alleged overstepping of the federal agency’s boundaries in proposing the federal fintech charter, which remains in draft form currently. He’d inherited the bulls eye on his back from former Comptroller Thomas Curry, who started the agency’s “responsible innovation” push.

Noreika, a career financial services lawyer, said he personally finds the claims of New York “dubious.” [OCC has also been sued by the Conference of State Bank Supervisors, which Noreika didn’t mention.] He said he believes the long history of evolution in chartering by OCC supported this latest iteration. The issue continues under litigation.

Talking to banks and fintechs at Finovate

Noreika made his remarks during a “fireside chat” Q&A session with Reuters journalist Anna Irrera at Finovate Fall 2017 in New York. In speaking of the fintech charter and related issues in innovation and fintech’s interaction with banking, Noreika acknowledged that his days are limited in his acting role. In June President Trump nominated Joseph Otting to be the new Comptroller, and Noreika noted that Otting’s nomination is making its way through the Senate.

Noreika, while not speaking for Otting, noted that Trump was a businessman who had taken risks in his commercial career. He indicated that the administration favors innovation, although it can entail some risks. He indicated that this attitude would continue when Otting steps in.

Noreika said OCC was “up to its ankles” in the innovation pool, “realizing that this is the future.”

In discussing the pending fintech charter, Noreika pointed out that there are a variety of national bank charters already in existence. Among these are options that fintech companies might choose to use, depending on their business plan. He said while the litigation continues over the new charter proposal, OCC staff will be reviewing these older options and discussing them with interested fintech firms.

The acting comptroller indicated that the agency is accepting applications for such charter types, as well as full-service charters where fintech founders are interested in those. He began to describe one applicant in the pipeline that wishes to start a full-service bank that will be based entirely out of a mobile app. Noreika appeared to cut himself short, to avoid disclosing any confidential matter from the application.

Understanding each side of the fence

Noreika said that OCC and other regulators and the fintech industry remain in a stage of learning about one another. He compared the process to learning about another person through dating.

One notable divergence in outlook between traditional banks and their regulators and fintech newcomers is what Noreika called “a difference in expectation.”

Noreika explained that fintechs often lean toward the “tech” side. Tech people, he explained, frequently accept failure of a firm as part of the process of innovation in technology. Some technologies and firms win, some lose.

By contrast, he said, in traditional banking circles, financial chartering is considered a long-term affair. Both bankers and regulators envision the long-term success of a new entity being tied up in the charter. Noreika said there needed to be a meeting of minds on that score.

“We need to educate you,” Noreika said to the fintech players in the audience, “regarding our perceptions of what it means to be a national bank.”

Even those firms that don’t seek a charter of their own can’t escape the regulatory hand if they step into the banking space with a regulated company. Noreika reminded the fintech crowd that those who choose to service or partner with banks will likely find their activities subject to supervisory review under the Bank Service Company Act.

Many questions concerning regulation come up when fintechs look into partnerships. Noreika noted that OCC has already been reaching out to fintechs through its Office of Innovation. [Read “OCC innovation office builds fintech dialog”]

Digging into the sandbox concept

Early in OCC’s deliberations over responsible innovation, speculation arose about creation of an American “sandbox.” This is a concept pioneered in the U.K. and elsewhere that gives experimenters the opportunity to try live implementation of their technologies outside of the customary legal strictures. This was a step then-Comptroller Curry resisted and would not implement, having a strong belief in consumer protection.

Noreika addressed this idea. He said the Trump administration wanted to allow innovation to develop with the least amount of legal liability. However, he added that U.S. financial regulatory structures are “quite a maze” and that there is nothing he nor his successor can do “to absolve you from compliance with consumer protection laws.”

In the absence of congressional action, Noreika suggested, the regulators can’t adopt something like a sandbox.

In a similar vein, Noreika pointed out that federal oversight of banks differs markedly from other forms of regulation. He used the Department of Transportation as an example. DOT issues standards, guidance, and such, and those companies that violate them are fined after the fact.

While banks surely do pay penalties after making errors, the tenor of the bank regulatory system by design is more proscriptive and prescriptive up front, something that Noreika believes is necessary.

“We don’t have the luxury as regulators” to let things run free in the financial system and correct later, Noreika explained. “We have to make sure bankers are doing the right thing in real time.”

On the other hand, using another automotive example, Noreika said some degree of risk has to be accepted in banking. Without it, neither traditional banking nor new innovations could move forward.

“If we set the speed limit to 0, nobody would die in car accidents,” said Noreika. “But we might all starve waiting by the supermarket for something to eat.”

He said that another former acting comptroller once told him that regulators had to oversee both safety and soundness, but that sometimes the first had to tweaked in order to preserve the second. Without some risk, the returns that build soundness couldn’t be produced.