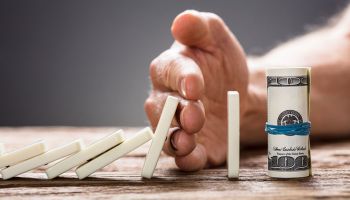 Following a second quarter of strong commercial-and-industrial loan growth, small-bank C&I lending was generally weaker during the third quarter of 2017.

Also during the quarter, multifamily loan growth continued to decline.

The Northeast's third-quarter growth was down from a rate of 3.0% in the prior quarter. Piper Jaffray's Matthew Breese wrote that, among the banks he covers in the region, third-quarter loan growth was disappointing, and he lowered his 2018 and 2019 loan-growth projections. He said a higher cost of funding and lower transaction volumes attributed to pricing changes and weaker loan growth.

"In our view, the combination of a flatter yield curve and slower loan growth outlook were the primary drivers of weaker post 3Q17 performance for the Northeast banks," Breese wrote.

But George wrote post-election improvement in borrower sentiment has "yet to translate into improving loan growth." He said he expects lending to "remain constrained by a confluence of factors." He noted the outlook for credit demand was mixed, with some banks citing improving production pipelines, and other increasingly passing on commercial lending opportunities.

Raymond James analyst David Long noted recent data released by the Federal Reserve suggests small-bank commercial loan growth is on the rise in the fourth quarter. For the week ending Nov. 1, small-bank loan balances rose 0.3%, while falling 0.1% at large banks. Long wrote the increase reflects a 0.8% increase in the "inherently volatile" other loans category, a 0.3% increase in C&I, consumer real estate and consumer loans, and a 0.1% increase in CRE loans.