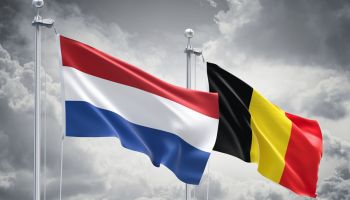 A recent study found that the Dutch are leagues ahead of other countries in terms of mobile banking with literally 66% of the country banking on their mobile phones and almost the entire country converted to online banking at close to 90%.

Their neighbors are not far behind with 45% of Belgians that prefer banking on mobile devices verses in person or even on computers. When one considers the percentage of the population over 65, the figures imply what most Dutch analysts already believe: branches are becoming obsolete for all but private banking and institutional investments.

Contrast the Dutch figure of close to 90% doing online banking with the EU’s overall number barely breaking a majority, it is an astounding contrast compared with the rest of the continent. The Netherlands, Belgium and especially nearby Luxembourg that make up the Benelux region are also high income countries with strong purchasing power.

What is surprising, however, is how few digital only banks have sprung up in the region of Benelux. This could be an opportunity for players outside of the region to tap into the region’s up and coming business community. The Dutch in particular are entrenched mobile app users, and frequently travel beyond the Netherlands. With bikes winning the day verses cars, young adults speak more about electronic devices than they do any other possession including homes and cars.

The local players such as Rabobank and ING are global banks but they like to dominate the region, so mobile apps will need to be a large focus. Ironically, at present the banks in the region are a bit behind their competitors in the nearby Nordics.

This leads to the possibility of a number of threats. Cross border banking, particularly within the EU, is an option to consumers that are curious enough to look beyond their local bank. Even more likely, the region may inevitably find that fintech competitors will attempt to enter the region. The banks in the region, particularly in Luxembourg, are widely known for providing industry best services for asset services and high net worth clients from all over the world.