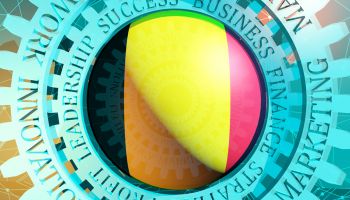 When Europeans think of Belgium, perhaps the first thing that comes to mind is the European Union, a government focused work force and not fintech. However, according to B-Hive, Belgium is the fifth highest producer of fintech deals across Europe despite falling short of being in the top ten economies in Europe in terms of GDP.

It certainly helps that Brussels is in the very heart of one of the most densely populated places in Europe, with three quarters of the consumer power within a few hundred miles. Tech giants do not have to span the globe to find potential customers.

The big players based in Belgium are Cashforce and Clear2pay, both of which boast some of the most influential global banks as clients. Some of the largest banks and financial institutions in the world are a short train ride.

The biggest surprise to outsiders considering entry into the market is that the Belgium actually has minimal red tape for technology companies compared with other European countries. In the last five years, the country created policies that helped reduce tech companies’ taxes by more than 25% and more than 100 deals have been made in generating capital for fintech startups.

Even the EU presence can be a plus because fintech firms can influence European policy by being close to Brussels. Additionally, Euroclear and SWIFT’s presence attracts fintech firms.

The potential of Brexit provides Brussels with an appeal for a European base of a multi-lingual and highly educated work force. It is fair to say that nearby Amsterdam and Rotterdam are also potential hubs for fintech firms looking to be in the heart of Europe instead of or in addition to London, but that just makes the region even stronger and more appealing. While less than half of the population is fluent in English, the country’s population speaks multiple languages which is a huge advantage to firms looking to be global.

Additionally, it is likely that well over half of the business population is in fact fluent in English. Technology firms focused on offering in language products or language translation products are attracted to the business workforce for its international strength.