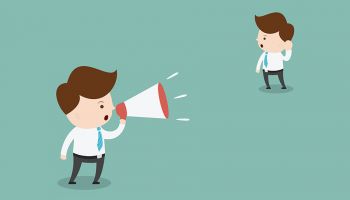 Banking heads sometimes feel the same way about corporate communications and human resources executives as the general public feels about attorneys: they hate them until they need them. UBS found out the hard way in June that a bank’s business can hinge on one slip of the tongue, and the potential for competitors to pounce on one mistake.

In June, Paul Donovan of UBS made reference to a swine epidemic in China that has increased prices in the market when he said, “Does this matter? It matters if you are a Chinese pig. It matters if you are eating pork in China.” Harmless enough? Not in China. His quote went viral and Chinese clients were furious. The communication was lost in translation, as it came across that he was calling the Chinese pigs, which is a much greater insult than it is in the United States.

The banking community in China suspected competitors may have helped circulate the quote, as UBS has been one of the most successful foreign banks in China. China Railway Construction Corp made reference to the quote when deciding against UBS as a coordinator for a bond sale.

If that were not bad enough, Deutsche Bank’s blunder came at a time when the bank can hardly afford it. While the ailing German bank had announced more redundancies, the specifics from an internal memo were leaked six weeks before they were planning to share the plan with the public.

What is worse, the memo showed that the bank still has bad assets on its books after many years of restructuring.  The bank did not have time to plan a defense for its strategy, which will likely mean that the top executives will need to explain more to the public than they would have otherwise. Additionally, the specifics of the cuts will likely hurt morale in parts of the bank that may have thought that they would not be touched in the next round of redundancies.

Wells Fargo is a case study of how long a mishap can stay in the public’s memory. Three years after Wells Fargo’s scandal involving false sales figures and poorly thought out sales incentives, the bank must keep public perception in mind in picking a new Chief Executive.

While the 2020 election is a little over a year away, executives at Wells Fargo must be considering what it will be like for a bank with a reputation for hurting retail consumers if the country picks a democrat as President…. A Jamie Dimon type leader might be good for profits in the short term, but Wells Fargo has learned that public relations may mean more to the bottom line than had been considered the last time the bank chose a CEO.