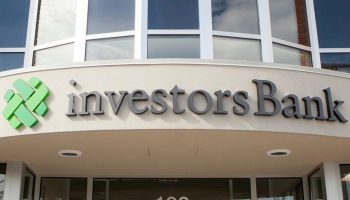 Investors Bank is set to complete its $63.6 million acquisition of Gold Coast Bank on April 3 following approval from financial regulators.

The Federal Deposit Insurance Corporation, the Federal Reserve System’s board of governors, and local regulators in New Jersey and New York have all approved the deal, Investors Bank announced yesterday.

Investors chairman and CEO Kevin Cummings said at the time the acquisition was announced: “We are pleased to partner with Gold Coast, a commercial bank with deep ties to the Long Island community and a strong track record of growth. This transaction strengthens Investors' current suburban Long Island franchise and deepens our presence in this large, affluent market.”

The deal was announced in July and approved by investors in December. Gold Coast Bank investors have until 5pm Eastern Time on April 2 to elect whether they will receive cash or shares in Investors Bancorp when the acquisition completes.

Separately, MutualFirst Financial has received shareholder approval for its planned merger with and into Northwest Bancshares.

The two banking groups announced the merger – worth an estimated $346 million – in October last year.

The deal will add $2.1 billion in assets, $1.6 billion in deposits, and $1.5 billion in loans to Northwest’s balance sheet, according a press release announcing the agreement, as well as 39 new branches.

The merger, which is still subject to regulatory approvals, is expected to close in the second quarter of this year. The combined entity will have total assets of $12.7 billion and deposits worth $10.3 billion, according to Northwest.

A report by PwC, published in January, forecast that merger and acquisition activity was likely to be “robust” in 2020 given high levels of capital, the pressures of innovation and consolidation in the payments sector, and “a growing recognition among regional banks that they can gain a competitive edge by merging with well-positioned peers”.

Morgan Stanley announced last month that it was to acquire E*Trade in a $13 billion deal.

CenterState and South State’s $6 billion merger, announced in January, is another mega-deal expected to complete later this year. In addition, in February Ally Financial announced a deal to acquire credit card provider CardWorks for $2.65 billion.