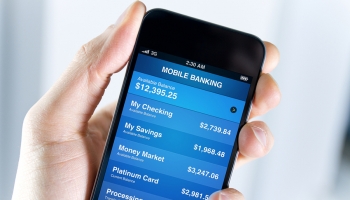 Banks that have reduced branch-based services could see customer satisfaction fall in the months ahead, according to JD Power’s latest annual retail banking satisfaction survey.

More than half of bank customers were considered “branch dependent” before the pandemic hit the US, JD Power said, while less than a third (30%) only interacted with their banks digitally.

Since early March, banks across the US have been reducing opening hours for branches or closing to all activities except pre-booked appointments. Others have been pushing customers towards drive-through counters and ATMs, while the majority have been urging people to use online or mobile banking services.

Successfully moving branch-dependent customers to an online service was “an important test” for banks, JD Power said. Doing so “without compromising customer experience will be critical in the weeks and months ahead”, the consumer insights company added.

Achieving this transition was likely to be hampered by low levels of satisfaction with digital offerings, the research showed.

In addition, the survey found that the biggest six banks in the US – Bank of America, JP Morgan Chase, Citibank, PNC, US Bank and Wells Fargo – had a head start on digital engagement when the pandemic hit. Almost half (49%) of their customers showing high levels of digital engagement, compared with 41% of regional banks and 36% of midsize bank customers.

JD Power also revealed the banks with the highest satisfaction by region.

Mid-Atlantic: S&T Bank led the Mid-Atlantic rating with 871 out of a possible 1,000. Northwest Bank and New York Community Bank also scored highly, recording 850 and 842 respectively. The average score for the region was 816.

Midwest: First National Bank of Omaha scored the highest for banks in the Midwest with 847. Capitol Federal ranked second with 837. The average for the region was 801.

North Central: West Virginia-based City National Bank scored 857 in the North Central region, the top score. Huntingdon was second with 852. The average score for the region was 827.

Northwest: Columbia Bank topped the Northwest ranking with a score of 837, closely followed by Banner Bank with 834. The region’s average score was 802.

South Central: Arvest Bank scored 863 in the South Central region, while Chase Bank was second with 848. The average score for the region was 830.

Southeast: United Community Bank led the scoreboard for the Southeast with 862. Synovus Bank ranked second with 850. The region’s average score was 822.

Southwest: Arvest Bank also topped the ranking in the Southwest with 851 points out of 1,000. Bank of Oklahoma was second with 844. The region’s average score was 810.

JD Power’s research was based on a survey of 91,950 customers of 182 of the largest banks in the US, and was conducted between April 2019 and February 2020. More data is available here.