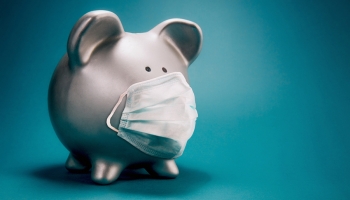 US banks should not use the COVID-19 pandemic as an excuse to reduce services to local communities or cut branches, the acting head of the Office for the Comptroller of the Currency (OCC) has said.

In an interview with the Financial Times, Brian Brooks – who took over from Joseph Otting at the start of June – said the regulator had no intention of changing the rules regarding branch closures because of the pandemic.

Banks across the US have temporarily closed branches as part of lockdown measures, encouraging customers to engage online or through drive-thru facilities. However, Brooks indicated that he expected these measures to be temporary.

“I think the idea of ‘we’ll just go ahead and let branches abandon our cities’ – I think we’d regret that on the back end of this,” he told the FT.

Brooks also urged banks not to completely halt the use of checks. Check- and cash-based payments have been discouraged by many local and regional governments to reduce the risk of spreading COVID-19 through physical contact.

Capital One has been shutting down branches for the past few years, with 37 more due to close this year. These closures have not been linked to the pandemic.

Recent research has shown that the pandemic could change consumer behavior regarding how they interact with banks, with the use of branch-based services expected to fall.

However, some banks are still placing high importance on physical premises to continue to serve customers.

First Bank, the biggest community bank in North Carolina, opened a new branch in Cary last week and is planning another in Fuquay-Varina, according to a press release published July 9.

BBVA USA has plans for 15 new locations across Texas as part of a five-year growth plan, while Synovus recently opened a new premises in Tampa, Florida – its 16th location in the city.

In his interview with the FT, Brooks also voiced support for banks continuing to pay dividends during the pandemic.

Last month, the Federal Reserve introduced limits on shareholder payouts and share buyback programs to ensure banks retained enough capital to cope with expected loan losses in the months ahead.

Fed governor Lael Brainard subsequently argued that no payments should be allowed at all.

However, Brooks told the FT: “I don’t think there’s any… reason why they can’t pay dividends because there’s a pandemic.”