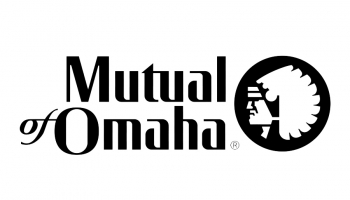 Mutual of Omaha announced on Friday that it planned to remove an image of a Native American person from its corporate logo as part of a move to address “issues of racial equity and social justice”.

The bank has also committed $1 million in funding for community-based initiatives and non-profits specializing in “racial equity, inclusivity, economic equality and social justice”.

It has also introduced new training programs for management staff covering diversity and inclusion issues as well as unconscious bias.

James Blackledge, the bank’s chairman and CEO, said: “We believe the decision to retire our corporate symbol is the right thing to do and is consistent with our values and our desire to help overcome racial bias and stereotypes.

“We feel strongly our logo should reflect who we are as a company and our commitment to positive change.”

The transition away from the old logo has begun already, the bank said.

Other measures taken by the bank include enhancements to its recruitment processes in an attempt to develop a more diverse workforce. Future performance expectations will include references to these and other diversity and inclusion factors, Mutual of Omaha said in its statement.

The bank also said it would proactively seek out suppliers from “underrepresented communities” with an emphasis on “social justice and economic equality”.

He added: “We have spent time listening to diverse perspectives among our associates, community leaders and diversity and inclusion experts, and are taking further action to advance racial equity and social justice to create meaningful change.”

Mutual of Omaha’s move follows similar actions by corporations and sports franchises to drop – or at least reconsider the use of – names and brands that are now considered insensitive or inappropriate. The Washington Redskins NFL team is to rename itself after years of lobbying from campaign groups, while other sports teams including the Cleveland Indians and Atlanta Braves are reportedly considering changes.

Over the past few months many banks have announced measures to improve their diversity and the opportunities they give to underrepresented sections of the population, in the light of weeks of protests against police violence.