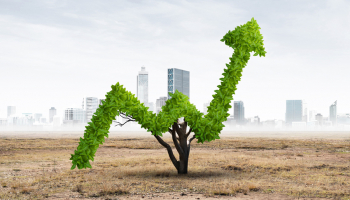 MSCI, FTSE Russell, S&P Dow Jones and Bloomberg could see their dominance of the indexing industry threatened by sustainability specialists, according to a new report.

Research by non-profit think tank Planet Tracker found that the world’s largest index providers were being challenged by competitors and their clients, and should prepare for “disruption” driven by the rising demand for sustainable investment.

Planet Tracker’s findings were published in its Prepare for Sustainability-driven Disruption Report. The analysis covering indexes and bank communications cited three main reasons for the “inevitable” disruption of the benchmarking industry.

The first was falling fees: financial institutions that charge index fees based on assets under management will be keen to ensure they remain competitive, Planet Tracker said.

Secondly, the think tank stated, index majors faced competition from their own clients. In its 2020 annual report, MSCI cited asset managers and investment banks as potential competitors as they were starting to create their own benchmarks. In addition, the annual report revealed MSCI’s high dependency on BlackRock in particular. The world’s largest asset manager’s index-tracking mutual funds and exchange-traded funds accounted for 11% of total revenues in 2019.

The third issue highlighted by the Planet Tracker report was growing demand for consumer choice. Demand for ESG- and sustainable-themed offerings were likely to remain strong for equity and fixed income assets, requiring more choice in indexes. Consultancy PwC has dubbed ESG investing the “growth opportunity of the century”.

Existing mainstream indexes such as the S&P 500, FTSE 100, and MSCI World have been criticized for their “lack of customization and transparency over sustainability metrics”. MSCI, however, has a range of ESG-themed index “families” providing sustainability-tilted versions of their main global and regional benchmarks.

The Planet Tracker report stated that index providers were responding with offerings to address these flaws, with the number of ESG indexes rising by 14% across equities and fixed income in 2019. Self-indexing and direct indexing are becoming increasingly prevalent among financial institutions and investors.

John Willis, director of research at Planet Tracker, said: “The index production landscape is evolving to meet the demands of sustainability-based investment products. Declining fund fees, rising competition in index production and demand for greater consumer choice have all arrived at the same time as the upswing in sustainable investing.

“This offers sustainable investors an opportunity to invest in line with their personal principles, rather than taking the templates on offer. For the braver ones, direct indexing is an option. As for corporates, being included in a popular sustainable index could provide a cost of capital advantage.”