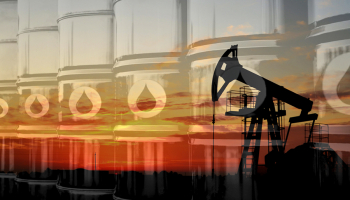 Bonds issued by major fossil fuel companies continue to be bought by major asset managers despite their pledges to cut back on such investments, according to a new study.

Research by the Oxford Sustainable Finance Programme at the University of Oxford’s Smith School of Enterprise and the Environment found that approximately 14% of the value of new bonds bought by the US’s top 35 fixed income exchange-traded funds (ETFs) were issued by companies in carbon intensive sectors.

These included products offered by State Street, DWS, BlackRock, PIMCO, and Charles Schwab. State Street, DWS and BlackRock are all signatories to the Net Zero Asset Managers Initiative, set up in December 2020 to drive the investment industry’s attempts to reduce its carbon emissions impact.

However, the ETFs in question are obliged to replicate specific indexes – meaning that when a new bond is added the manager must buy it. Carlo Funk, head of ESG investment strategy at State Street Global Advisors, told the Financial Times that achieving minimal tracking error against the set benchmark was “still an imperative” for ETFs, above any other considerations.

There are many ESG-themed indexes and ETFs on the market for investors to select – including offerings from the same firms as highlighted in the Oxford report. However, these tend to be significantly smaller than their non-ESG counterparts.

Assets in ESG-themed ETFs grew by 223% in 2020, reaching a record high $189 billion in assets under management globally, according to research by TrackInsight.