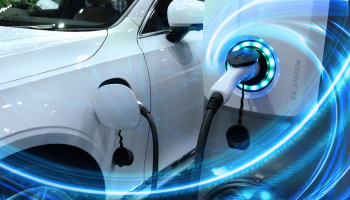 President Joe Biden has set a new electric vehicle target for the US, signing an executive order as part of plans to slash transport emissions.

The order calls for half of all new vehicles sold in the US to be electric by 2030.

This is another move by President Biden to reverse retrogressive climate change policies established during the Trump administration.

The measure of miles per gallon (mpg) is typically used as a standard for policymakers, given the link between fuel efficiency and pollution.

In 2012, President Barack Obama set a target of 36.8mpg for the Environmental Protection Agency and National Highway Traffic Safety Administration. This target was set for automakers to reach for new models released in 2023.

President Biden’s new order has been seen as a move away from this policy. Chief executives from Ford, General Motors, and Stellantis all attended the signing of the order.

Each company has announced its own targets of 40-50% of sales to be derived from zero emission vehicles by 2030.

Electric vehicles have experienced a surge in popularity and this has become evident in the performance of exchange-traded funds (ETFs) dedicated to the sector.

The $256 million KraneShares Electric Vehicles and Future Mobility ETF launched in January 2018 and has since created cumulative returns of more than 96%.

Other fund launches have followed with similar success. The $439 million iShares Self-Driving EV and Tech ETF launched in April 2019 and has since generated cumulative returns of just over 100%.