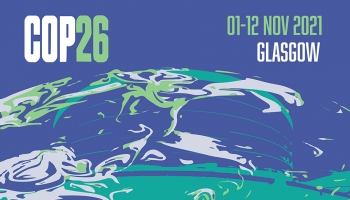 Critics have raised concerns that with just a few days left to go at the COP26 in Glasgow, Scotland, the US has yet to pass crucial climate legislation at home.

Democrats have spent the past few days pushing President Biden’s infrastructure bill through Congress, and while successful, various climate initiatives were left off the bill, and many of them attached to a second piece of legislation.

Though some are hopeful the Build Back Better Bill, which includes $550bn in climate provision, $300bn of which will go towards helping energy companies transition to clean power, will be passed through at a later date.

At COP26, however, the US is leading global initiatives to cut emissions such as methane.

While carbon dioxide is the primary driver of global warming, methane is a hugely threatening greenhouse gas, of which atmospheric levels have been surging over the past 10 years.

An alliance of nearly 90 nations, led by the US and representing two-thirds of the global economy, will aim to reduce methane emissions by at least 30% by 2030.

China, India and Russian are notably absent from the pledge.

Nevertheless, burning coal introduces the largest amount of greenhouse gas into the atmosphere and is the single biggest contributor to climate change, and yet the US, along with Australia, India, and China, are absent from the 40-nation agreement to phase out existing coal-fuelled power plants and prohibit building new ones.

At the summit the US was vocal about financial commitments to emerging nations, however, which are currently already two years behind schedule.

The $100bn pledged by wealthy countries to help poorer countries cut their emissions was made in 2009 and has seen no progress as of yet.

John Kerry, the US climate envoy, is among those who believe extra money pledged by Japan could enable the target to be hit by next year. “We’re getting Japan at the table, the other day they promised to deliver $10bn, two a year for five years,” he said at the end of last week.