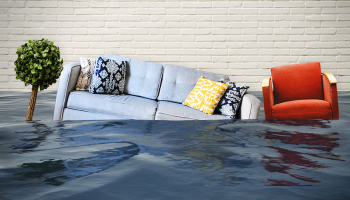 Insurers are increasingly concerned about climate-associated risks, with 95% of executives confirming it will have a significant impact on portfolio construction over the next two years, according to BlackRock’s tenth annual Global Insurance Report.

BlackRock consulted 362 insurance company executives across 26 markets representing $27trn in investable assets, on their investment intentions and business priorities for the year ahead.

Dominant themes for insurers this year were sustainability, the requirement to diversify portfolios into higher yielding asset classes and the drive to digitize businesses.

The findings follow an unprecedented uptick in natural disasters over the past year, reflecting the perspective of an industry that is directly exposed to physical risks associated with climate change.

Charles Hatami, global head of the Financial Institutions Group and Financial Markets Advisory at BlackRock, said: “An overwhelming majority of insurers view climate risk as investment risk and are positioning portfolios to mitigate the risks and capitalize on the transformational opportunities presented by the transition to a net-zero economy. Insurers’ growing focus on sustainability should be a clarion call for the investment industry.”

Sustainable investing has continued to rise in prominence among global insurers, with half of respondents stating that reallocating existing assets to sustainable investments is due to the assets’ ability to generate better risk adjusted performance.

Meanwhile, geopolitical risk remains a top concern for insurers, one in three respondents said that environmental risk is now considered a serious threat to their firm’s investment strategy.

The findings showed that insurers continue to embed sustainability into their investment processes and strategies, as nearly half of respondents confirmed they have turned down an investment opportunity in the past 12 months due to ESG concerns.

The need to diversify was also a major trend, with 60% of insurers expecting to increase their investment risk exposure over the next two years – the highest level since BlackRock started tracking this information in 2015.

Accelerated digital transformation was a priority for insurers, with nearly two thirds of insurers looking to increase spending on technology over the next two years.

The industry is particularly moving towards integrated Asset and Liability Management (ALM) capabilities due to the competitive landscape, regulatory complexity, and the economic environment.

Digitisation is also important in meeting net-zero ambitions - 41% of respondents confirmed they are looking to increase investment in technology that integrates climate risk and metrics.

Daniel Dunay, head of Americas Financial Institutions at BlackRock, said: “A comprehensive and transparent view of dynamic portfolio risk, particularly risk associated with climate change, is not just a competitive edge for insurers – it’s a necessity.”