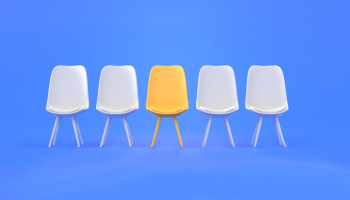 Partners Bancorp — The Maryland-based banking group has announced the completion of its planned CEO transition. John Breda has succeeded Lloyd Harrison III in the role.

Breda and Harrison are CEOs of The Bank of Delmarva and Virginia Partners Bank, respectively. The two banks have been owned by Partners Bancorp since 2019.

Harrison is to remain at the company “as a senior executive… focused on our strategic planning process”, said Partners Bancorp board chairman Jeffrey Turner.

David Sabow has been appointed CEO of Silicon Valley Bank UK and head of EMEA to replace Platts. He joined the bank 10 years ago and was most recently its first head of technology and healthcare banking. His appointment is subject to regulatory approval, and the two job changes will take effect once this is received.

“Both Erin and Dave have been instrumental in our growth and have the client focus, track record, industry experience, and extraordinary talent to lead SVB forward with our expanded platform serving the innovation economy,” said Greg Becker, CEO of SVB.

She will also become an alternate voting member of the Federal Open Market Committee.

She joins from insurance company Chubb where she was senior vice president and COO for its international accident and health unit.

She replaces Mindy Mahaney, who is to become the company’s chief risk officer in the new year.

Clasen Porter has worked at BOK Financial since 2008 and was most recently director of investment management strategic initiatives.

Western Alliance — Arizona-based Western Alliance Bancorporation has added two new members to its board of directors. Kevin Blakely and Paul Galant will stand for election by the bank’s shareholders at its next annual meeting.

Blakely is currently an advisor to consultancy giant Oliver Wyman and is a former chief risk officer at Huntingdon Bancshares. His previous experience also includes being president and CEO of the Risk Management Association.

Galant is a former CEO of insurance company Brightstar and has held the same position at Verifone and various divisions of Citibank.

The two appointments are part of Western Alliance’s succession planning process for its board, according to Donald Snyder, chair of the board’s governance committee.

FVCBank — The Virginia-headquartered bank has named Bruce Gemmill as chief marketing officer. He joins from John Marshall Bank, where he also held a senior marketing position.

NWSB Bank — Daniel Nail has joined Pennsylvania-based NWSB Bank as vice president and commercial loan officer. In his new role, he will contribute to the bank’s growth in commercial lending services, the company said in a statement.

Raymond James — Patrick McCarthy has joined Raymond James’s healthcare finance group as a managing director and co-head of the business. He joins from Wells Fargo where he was most recently head of its not-for-profit healthcare investment banking unit. He has also worked at Goldman Sachs.

Mutual of Omaha — Former Foresters Financial CEO James Boyle has joined Mutual of Omaha’s board of directors. Boyle previously spent 20 years at John Hancock in a variety of senior roles, latterly as chairman, president and CEO.