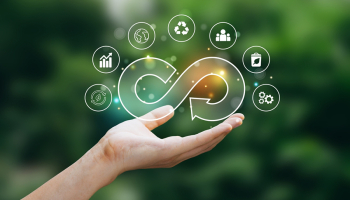 State boycotts of managers based on anti-ESG stances could cost taxpayers more than $700 million a year in additional borrowing costs, according to new research.

The work by Philadelphia-based Econsult Solutions found such boycotts could increase states’ cost of borrowing by between $264 million and $708 million.

It estimated how much borrowing costs would rise if five investment banks operating in municipal bond markets were banned, thus restricting competition.

“Restrictions on financial market participants alter the outcomes of municipal bond market transactions and modify contractual engagements with state governments,” Econsult Solutions stated. “It is therefore of tremendous importance that policymakers, business leaders, and the public have the tools to estimate and anticipate these impacts.”

In Florida alone, estimated costs would rise by between $97 million and $361 million, the researchers found.

The work built on a previous similar study of the effect of Texas’ ban on state entities working with banks and other financial institutions that have ESG policies restricting investment in fossil fuels and firearms. This research, by the Wharton Business School, estimated the state’s ban raised the cost of borrowing — ultimately borne by taxpayers — by as much as $532 million in its first eight months.

Steven Rothstein, managing director of Ceres Accelerator for Sustainable Capital Markets, which commissioned the research, said: “This report highlights the potential multi-million-dollar economic burden on both residential taxpayers and businesses in states that are taking or considering actions to limit climate and other ESG considerations within their municipal bond work.

“These actions will increase costs and interfere with the free market in states that move forward.”

US states have become increasingly polarized on the issue of asset management companies’ ESG policies. While several have banned work with asset managers that have exclusionary ESG policies, many others have criticized these bans.