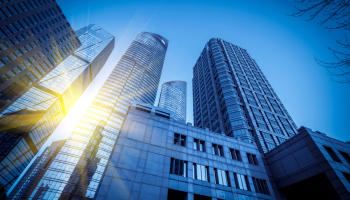 Commercial loans are expected to be a key source of growth for US banks this year, according to a new survey.

Software provider Syntellis surveyed more than 100 chief financial officers and found 88% expected demand for commercial loans to be a “major source of profitable growth”. This was closely followed by 73% of CFOs who expected profitable growth in consumer loans, despite interest rates rising.

Nine in 10 respondents expected interest rates to be the “biggest driver of business model adjustments” this year, Syntellis’ research found.

Some banks have already revamped their commercial or small business lending operations for the new year.

While loans were expected to be an important component of balance sheet growth, respondents were less certain about non-interest income sources. Wealth management is expected to see growth in 2023, according to 60% of CFOs, but income from service charges such as ATM fees and overdraft fees is expected to stay the same (52%).

Banks have faced pressure to reduce or remove some account service charges as part of efforts to improve access to banking services through initiatives such as Bank On.

Meanwhile, the Syntellis report also found banks and other financial institutions were planning to make more use of data and technology. Many are already using automation and artificial intelligence in areas such as fraud prevention, the survey found, but far fewer expected to roll out similar technologies in trading or analysis.

“Access to timely, accurate, and strategic data is critical to the financial future of an organization,” said Beth Sutton, vice president of Financial Institutions at Syntellis Performance Solutions. “While we’re encouraged to see banks, credit unions, and other financial institutions using more data than ever before, the industry has a long way to go.”

This contrasts with a recent EY survey of chief risk officers, which indicated a majority — 81% — felt digital transformation was an increased priority for their banks. In addition, the research found automation and “advanced analytics”, including the use of artificial intelligence, were also becoming more important areas for banks.