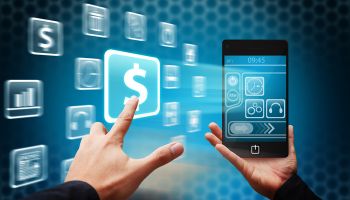 A growing percentage of Americans have now experienced mobile transactions firsthand. These experiences run the gamut from swiping a card through a smartphone attachment, to using mobile apps to redeem offers, to tapping ones smartphone to pay for an item. However, the mobile pay segment—particularly in its tap-to-pay application—istill struggles to earn consumer interest.

These are some of the results of The Harris Poll of 2,577 adults surveyed online between Sept. 18-24:

Taking a step back, it's been an eventful year for exposure to the smartphone payment realm. Users of these devices are more likely than in 2012 to have either personally completed or witnessed firsthand each of a series of mobile transaction types, including the following:

•   Paying for a product or service with a credit card that is swiped through an attachment on the seller's smartphone (an application pioneered by Square), sometimes referred to as "mobile vendor" type transactions (43% 2013; 35% 2012 of smartphone owners).

•   Processing a payment by tapping a smartphone against a special receiver at a store or other merchant, instead of using cash or a payment card (23% 2013; 18% 2012 of smartphone owners).

While tap-to-pay experiences overall may be on the rise, interest among smartphone owners in using their phones to process in-person payments instead of cash or cards has dropped slightly since last year—37% 2013 compared with 44% 2012.

Security concerns are the other top impediment; 53% of those uninterested in using a smartphone to process in-person transactions also say they don't want to store sensitive information on their phone, while nearly half (47%, up from 40% in 2012) don't want to transmit sensitive information to the merchant's device. Security concerns are also a worry among smartphone users, albeit with some changes since 2012:

•   Though over six in ten (62%) listed the fact that they don't want to store sensitive information on their phone as a reason for lack of interest, it's worth noting that this position softened from 68% in 2012.

•   On the other hand, the 55% indicating that they don't want to transmit sensitive information to the merchant's device represents a modest increase for this concern since 2012 (51%).

Initiatives to ease the transition over to mobile payments, while moderately impactful on attitudes in 2012, also seem to be losing their footing. Just under one-fourth of Americans (24%) and roughly one-third of smartphone users (34%) indicate that being able to make mobile payments while still taking advantage of their existing credit card reward programs would make them more interested in doing so, representing drops of four and six percentage points, respectively, from 2012 (when 28% of Americans and 40% of smartphone users said it would make them more interested).

The ability to use a smartphone as a digital wallet with electronic versions of all the identifications, loyalty program cards and other documentation normally carried in a wallet (thus freeing consumers to leave their wallets at home) experienced similar drops, with 26% of Americans and 36% of smartphone users (down from 30% and 43%, respectively, in 2012) saying this would make them more interested in doing so using a smartphone to make in-person payments.

"Dwindling interest since last year may be an indication that the initial interest has fallen short with practical use, and has not yet been followed up by a constructive call to action by manufacturers and retailers," says Aaron Kane, senior research director at Harris Interactive and a key consultant on Harris Poll TECHpulse, a new research product designed to track consumer awareness of and attitudes toward emerging technologies, such as mobile payments. "Right now, the bottom line is that consumers don't yet feel as if they're being presented with a compelling enough reason to switch their payment habits, nor are they confident that these new methods are secure. This knowledge 'gap' represents an opportunity for companies to change the conversation by addressing these issues head-on."