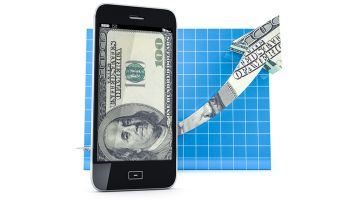 Use of mobile phones to access bank accounts, credit cards, or other financial accounts continued to increase among adults in the United States last year, according to a Federal Reserve Board report.

The Fed’s fourth such report looked at how consumers access banking services using mobile phones and their payments for goods and services using such devices, as well as their use to assist consumers with their shopping decisions.

Twenty-two percent of all mobile phone users made a mobile payment in the 12 months prior to the survey, up from 17% a year earlier. For smartphone owners who reported using mobile payments, the most common types were paying bills through an online system or mobile app, followed by making online or in-app purchases. Paying for a product or service in a store was the next most common type of mobile payment.