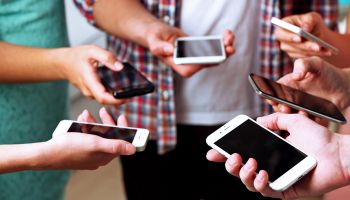 It wasn’t so long ago that internet banking through websites on desktop or laptop computers was the height of innovation in the retail banking industry. Now mobile banking is making internet banking look so last decade.

“If you put together a group of people 30-and-under, not many are going to sit down at a laptop to access their bank. They’re going to do it on the fly, with their mobile device,” said Bill Neville, D+H U.S. president in an interview with Banking Exchange.

In a recent white paper, Fiserv observes the rise of what it calls “mobivores,” or consumers who prefer to bank only on their mobile devices, or at least will turn to the mobile channel first—so-called “mobile-only” or “mobile-first” users.

“Traditional banking experiences, such as branch visits, online banking, and call centers, do not meet the needs of many mobile-first or mobile-only consumers who want to use mobile devices for more than quick, task-oriented activities. Instead, this market segment expects to find the same or similar functionality on their mobile devices that they would find on a desktop and a seamless user experience, while utilizing the unique attributes of the mobile device,” Fiserv says.

As many as one in four bank customers can be categorized as “mobile first,” according to a survey by Javelin—those who primarily use a mobile device to access their checking account at their primary bank. These tend to be younger, female, have children in the household, are fee-sensitive, and have less brand loyalty. “Currently, mobile bankers are not able to finish transactions on mobile devices and are purposefully shifted to online or branch channels for completion, causing frustration,” says Mary Monahan, executive vice-president and research director at Javelin.

However, a recent ABA survey of customers listing their most favorite banking channel shows internet banking at 32% this year, and mobile banking at 12%—both slightly higher than in 2015.

Nevertheless, Neville says that the migration to mobile banking as the first and/or only preference is well underway. Through a partnership between D+H and the mobile banking provider Malauzai banks are offered a wide range of apps they can plug into their mobile systems that expands capabilities of the mobile channel—to the point, Neville claims, that customers can do almost everything that a traditional core banking system can offer.

As an example, Neville says, “I can open up an account in a matter of a few minutes on my mobile, including funding. It’s hard to do that on an internet banking system.”

Currently there are a few “mobile-only” banks in operation, such as Moven, Bluebird, and GoBank, all with a connection to a chartered financial institution. What Neville sees is more traditional banks expanding their own mobile apps to meet the demands of today’s customers.