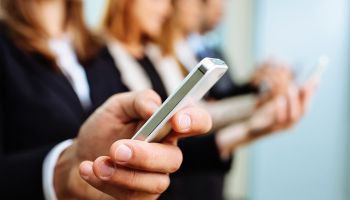 Today, 36% of U.S. and 25% of European Union consumers are active mobile banking users, up from 13% and 9% in 2011, respectively, according to research from Forrester.

Mobile banking adoption growth is expected to accelerate over the next few years, displacing online banking for everyday tasks, the analyst says, and shows why mobile moments are the new battleground for banks.

In the U.S., the most popular mobile banking activities are:

• Viewing a recent bank transaction, at 52%.

• Transferring money between bank accounts at the same firm, at 45%.

In Europe the main mobile banking activities are:

• Viewing or checking a recent bank transaction, at 53%.

Other findings from the report, which pulls data from recent Forrester surveys of 61,000 consumers in the U.S. and 17,000 in Europe, include:

• Mobile bill payment is increasingly popular. In the U.S., 35% of mobile banking users have viewed or received a bill using their device, and 16% of them have added a new bill payee directly on mobile. In Europe, where bill payment is typically more automated than in the U.S., only 24% of mobile banking users have paid a bill using their device.

• Privacy and security concerns still deter some consumers from using mobile banking. In Europe, 32% don't believe it is safe or secure, and 30% don't trust banking on a mobile phone.