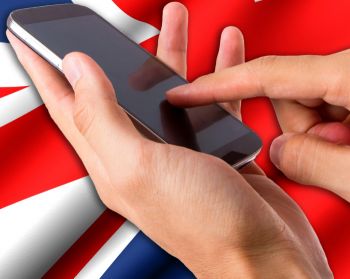 Atom tells prospects: “We’ll bring banking to you, and we’ll be looking out for your best interests. Sound unfamiliar?”

A new bank in England seeks to reinvent banking—owning its own charter while operating in the United Kingdom only through a mobile app, initially. Its model could resonate elsewhere, doing to U.S. banking what the Beatles did to Pat Boone—blowing him off the pop charts.

Atom Bank presents itself as a new option. It brashly proclaims its ubiquity, simplicity, and accessibility. For now, it will be available on Android or iOS apps.

“Everything we do is different,” it says on its web page (www.atombank.co.uk). “We’ll offer an app-based experience like no other, using leading technology. The digital world is constantly changing, and Atom will be changing banking, too. Oh, and we don’t have branches.”

The bank’s communications are a bit cheeky, intentionally. For example, one FAQ asks: “Why should I change banks?” Answer: “We’ll be bringing banking to you, and we’ll be looking out for your best interests. Sound unfamiliar?”

Cheekiness aside, what makes Atom Bank different from other mobile-only banks is that it directly obtained a banking license from the United Kingdom’s Prudential Regulation Authority and is regulated by the Financial Conduct Authority. In the United States, mobile banks, such as Moven and Simple, function through the licensing and regulatory scrutiny of associated traditional banks.

“Having a banking license means that we can design the entire end-to-end model of our bank,” Mark Mullen, CEO, tells Banking Exchange. “By controlling every aspect of our bank, we believe we’ll be able to deliver a low-cost, but exceptional banking experience.”

Atom Bank got off the ground last year after an unspecified number of investors raised £25 million ($36 million), followed by an additional £45 million ($65 million) investment by BBVA. As of January, Atom Bank was running in closed beta and planned to launch “towards the end of the first quarter of this year.”

Once open, anyone living anywhere in the United Kingdom will be able to open an account on a mobile phone, using a passport or driver’s license. Atom promises to offer all types of banking services and products, including payments, savings, mortgages, and loans for both business and retail customers.

Of the concept, Mullen says: “We believe in using technology to provide a personalized and unique experience, bringing customers closer to their money, keeping them informed and in control. We’ll keep things simple and allow customers to do things themselves, keeping our costs low, meaning better value for [the] money.”

One differentiator is its pioneering (in the United Kingdom) use of face and voice biometric log-in capability. “Present your face to view your balance. Or say a few words to transfer some money. Atom wants to ensure the registration and log-in process of banking is as simple, and most importantly, safe as possible,” says Max Cooper, marketing analyst at Atom.

Atom Bank's online promotions appeal to a diverse range of younger prospects, called out by name.

The bank will use Daon’s mobile biometric authentication platform IdentityX, which USAA has used for years. Cooper says that Atom will use a tiered approach to security: Once a customer’s credentials are registered in face, voice, and passcode modes, she may choose how to log into the app. For unusual or high-value transactions, the bank will ask for additional security checks.

Cooper says facial recognition is robust. “There’s no need to be worried about appearance changes. Whether you’ve spent two days in the sun and have a killer tan, just got a trim at your local barber shop, or grown a lumberjack-like beard, none of this will matter.”

It’s clear, though, that the biometrics aspect of Atom Bank only complements the new model it hopes will catch on. That is: a relatively small capital investment, initial government licensing, country-wide reach, and complete dependence on mobile channel delivery.

Could that model work here? Mullen believes it’s transferable to other markets. “Digital adoption trends and audience behaviors are similar between the United States and the United Kingdom, with the U.S. leading the way in many aspects.” His only caveat is that “the model would need to be adapted to ensure it was fully compliant” with the U.S. regulatory system.

Visit Atom's staff page for an irreverent look at hierarchy (Hint: Mouse over the staff photos.)

This article originally appeared  in the February-March edition of Banking Exchange. Click to read the article in magazine format.