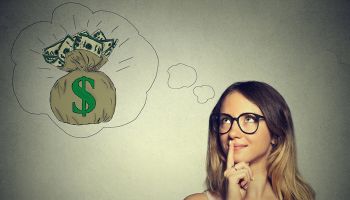 Many elements of the millennial generation like to think of themselves as “edgy.” The thing of it is, it’s more likely that they are on edge, at least about their finances.

“One quarter of millennials say they are chronically stressed about their finances,” speaker Rob Morgan told attendees at the American Bankers Association Mutual Community Bank Conference on March 14.

Given the facts about millennials that Morgan, vice-president, emerging technologies, at ABA, shared with his audience, it’s no surprise that millennials worry. Consider:

• On average, millennials begin their careers—if indeed they have even been able to do so—with $20,000 in student debt.

• They have less money to spend, typically, than previous generations had at that stage, according to Census figures.

• Many have no financial buffer, and, according to a T. Rowe Price survey, their leading means for financing an emergency would be credit cards, followed closely by family and friends. Fewer than half have an emergency fund of their own.

• Most are unmarried and still live at home, getting a slower start on adult life.

Morgan’s presentation put these facts forth in juxtaposition to three beliefs that millennials themselves have, according to the Millennial Disruption Index. They think that in five years:

• The way they access money will be totally different.

• The way they pay for things will be totally different.

More than one banker has dismissed millennials as a generation to ignore, because they are broke. Morgan put a different light on the facts: Millennials are simply not ready for traditional banking products that have drawn previous generations into the mainstream financial system. Auto loans, mortgages, financial planning, and more—they are not up to those steps.

But Morgan added that this doesn’t mean they won’t be someday. “The American Dream lives on,” said Morgan. Three out of four millennials surveyed hope to marry and have their own place someday, Morgan said, and 93% of millennials currently renting plan to buy a home some day.

“They will at some point enter the banking system,” said Morgan.

When they do, they will need help. Morgan cited research indicating that just 26% of millennials have basic financial literacy. Yet they may stand in the greatest need of financial knowledge and judgment, because they stand to inherit over $30 trillion over the next 30-40 years. But what the help they will crave will look like won’t be like today’s advice, suggested Morgan.

Millennials, said Morgan, “have had an iPhone in their hand since the seventh grade.” He quoted a FICO Report on Millennials that indicated that 78% of banking mobile-app users say they would refer a friend to their bank on the strength of the technology.

This isn’t lost on banks nor on fintech players. Both have introduced apps that address these needs.

Millennials’ affinity for technology synchs with online marketplace lending’s growth. Morgan said that Lending Club has over $4.5 billion in outstanding consumer loans, making its portfolio larger than 99% of banks.

Interestingly, though, that portfolio grew directly out of the business of traditional consumer lenders, according to Morgan. He said that 78% of Lending Club’s portfolio represented refinancing of mortgage debt or of credit card debt. Overall, he explained, these were customers who banks already had.

Lending Club is cherry picking areas where they think they will be profitable, said Morgan.

Banks still hold the vast majority of small business lending, but that could change if they don’t find ways to add some of the plusses of fintech players to their offerings.

Yet this has to be taken in perspective, according to Morgan, citing data from a group of Federal Reserve banks that compared online lenders and small bank lenders.

However, that’s on the front end of the process. On the back end, Morgan said, there’s a very different story.

There, 51% of consumers surveyed complained about unfavorable payment terms with online lenders, versus only 15% with small banks.

And pricing showed an even wider gap: 70% of consumers complained about high interest rates charged by online lenders, versus only 15% making the same accusation of banks.