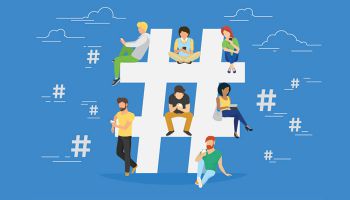 It's a mistake to think social media is a one-way conversation especially for a corporation or brand, warns Jeremy Balkin, innovation chief at a large bank.

Social media has democratized communications for everyone. That means Joe Average can communicate with friends and family, but also literally have an open dialogue with a favorite athlete, brand, or celebrity—even the President of the United States.

For the record, I absolutely love Twitter, though my success rate of communicating with brands, celebrities, and star athletes is zero. Suffice to say that being tweeted by the Prime Minister of Australia Malcolm Turnbull is about the pinnacle of my Twitter career.

Side note, if you're also Twitter inclined, find me @jbapex and let's continue the conversation in 140 characters.

With that all said, one analyst even suggests that President Trump is worth $2 billion for Twitter demonstrating the power of open-sourced communication channels enabled by mobile platforms in the new digital age. The chart below from Bloomberg is really interesting. 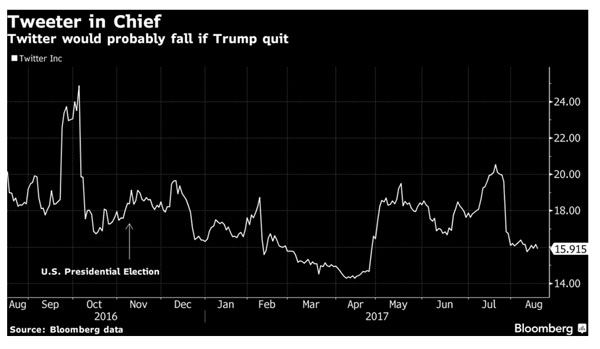 The term "social media" was virtually unheard of until about a decade ago with the birth of Facebook founded by a 19-year old millennial in his college dorm. In fact, according to the Google Ngram Viewer you'll see the exponential spike in the common usage of the term in the last few years.

The Google Ngram Viewer, if you don’t already know of it, is an online search engine that charts frequencies of any set of comma-delimited search strings using a yearly count of n-grams found in sources printed since 1500 in Google's text corpora in English, Chinese (simplified), French, German, Hebrew, Italian, Russian, or Spanish.

The program can search for a single word or a phrase—in this case "social media"—including misspellings or gibberish. The n-grams are matched with the text within the selected corpus, and if found in 40 or more books, are then plotted on a graph, as you can see below. 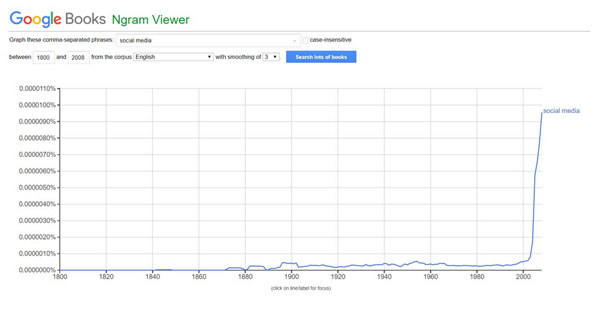 Today 44% of Americans get their news from Facebook, and 74% of people use Twitter specifically to get their news. Social media platforms have also combined with Google to fundamentally disrupt the advertising market as we knew it, and in so doing the way media is consumed, bought, sold, and created. Consider that in just ten years the centuries-old monopoly of news essentially by newspapers has been overturned with papers struggling to digitize and remain profitable in this new era of competition of content creation. 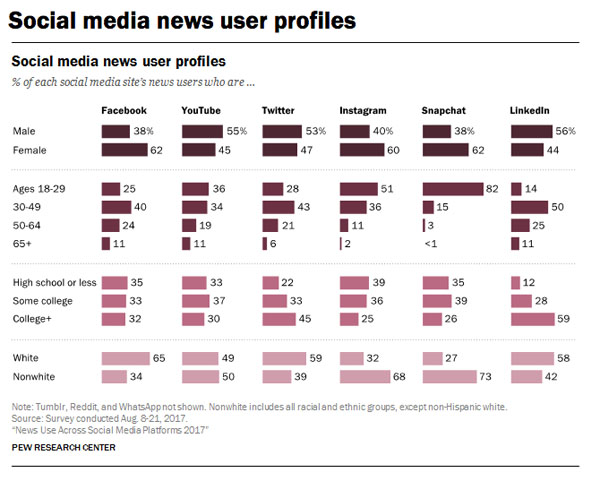 Like any relationship, however, communication is a very important two-way street. It's a mistake to think social media is a one-way conversation, especially for a corporation or brand. In fact, these channels provide an extremely valuable information supply chain by which to test, build, measure, and learn, before an expensive campaign begins. It's also a great way to connect with your customers and them with your brand. Considering there are now 2 billion people on Facebook, it's impossible to ignore the power of the social media platforms.

I even argue in my book that, "Facebook is essentially the largest country on earth." Except it's a country without any physical borders and everyone is connected. And, it's not even technically a country! 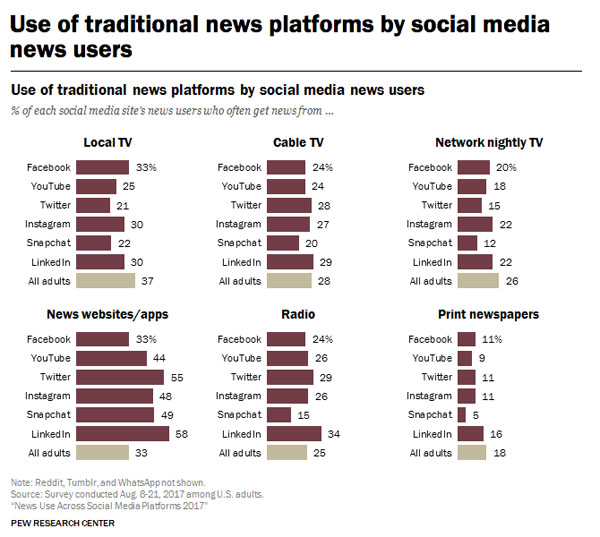 Twitter began as an idea that Twitter co-founder Jack Dorsey had in 2006. Dorsey had originally imagined Twitter as an SMS-based communications platform where groups of friends could keep tabs on what each other were doing based on their brief status updates. Like texting, but not quite the same.

Bear in mind that Twitter was referred to as "twttr" in the early days because it was a popular trend at the time to drop the vowels in a name to gain domain name advantage. 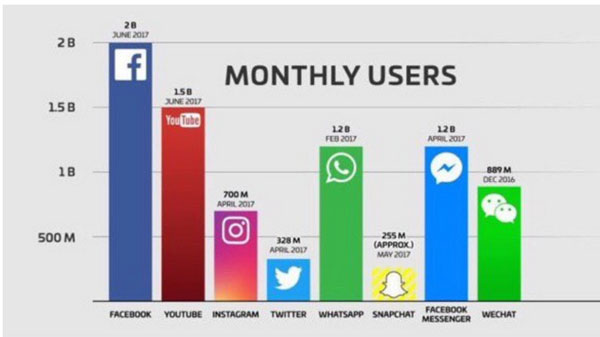 About a year later, Twitter saw a huge explosion of users at the 2007 South By Southwest (SXSW) conference in Austin, Texas, where more than 60,000 tweets were sent per day at the event. The Twitter team was alert to their growing customer base and had the presence of mind at the event to capture the viral nature of the conference and its attendees and welcome them to the Twitter platform. During its formative years especially, Twitter had its fair share of growing pains. But the user base grew at astounding rates over the coming years.

But the humble hashtag started from a simple tweet from a Twitter user and customer, and their responsiveness to an obvious externally derived and customer-generated innovation has been enormously rewarding for Twitter and other social media platforms alike. Consider how bland Instagram would be without the hashtag.

Listening to customers is all part of developing a winning formula and customer-centric culture. Some of the best ideas come from the most unlikely sources, but listening to your customers and people on the front lines is often the best source of information.

How we treat each other as people from within an organization will ultimately reflect how we treat customers and consequently impact their customer experience. It becomes a virtuous cycle that we all hope functions like a well-oiled machine. 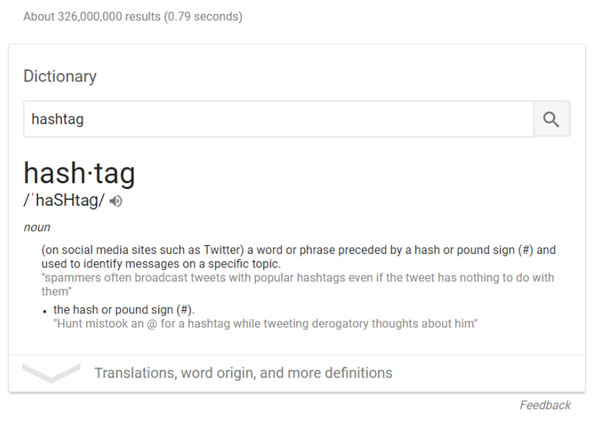 As Twitter's user base started growing, customers created new jargon and different ways to use the service where innovation was coming thick and fast from customers and responsive management.

Initially, users had no way of replying or shouting out one another on Twitter. As a result, some users would include the @ symbol before their username to identify another user within a tweet. This became such a prevalent way for users to acknowledge each other that the Twitter team added the functionality to the native Twitter platform.

Just as with the hashtag, Twitter management listened to their customers new ideas and innovation that enhanced their own customer experience and are now an integral part of the Twitter ecosystem. 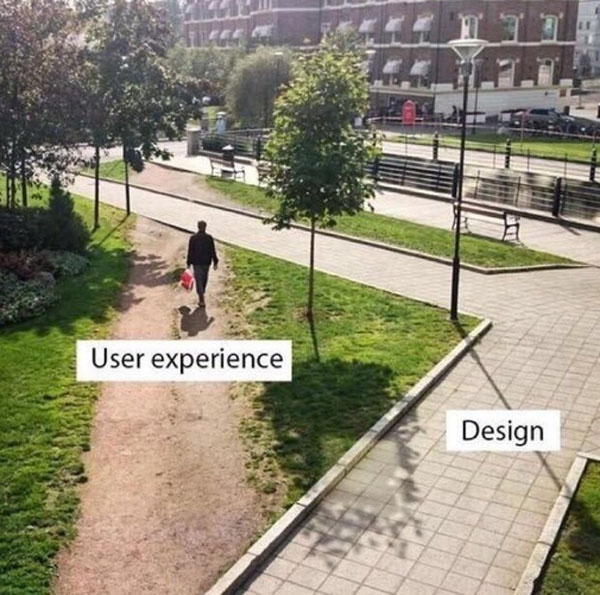 This user-driven functionality is also true for how retweets came into being. Twitter users wanted a way to re-post a message from fellow Twitter users while including credit to the user who originally tweeted it. Users started to add "RT" before sending the message, signaling to their followers that the following tweet was re-posted.

In August 2010, this functionality was officially added to the platform and the retweet was born again as a result of management responsiveness to customers and their innovative new ideas.

Twitter is now conducting trials on a 280-character limit for tweets recognizing that different cultures and languages require more characters to have a meaningful user experience.

Lesson to take away

How often have we seen life hacks where people use products and services designed for one purpose in a completely different way than that which it was designed?

It happens every day. Listening to your customers and empathizing with their user experience for good and bad, are essential. Some of the best ideas and innovative thinking will come from the outside, and outside your organization, boardroom, management committees, and status quo.

That's why it's absolutely vital to bring together a diverse group of people around the table, to ask better questions, and get better answers, to foster a truly innovative culture with a relentless customer focus.

This blog is adapted from Jeremy Balkin's LinkedIn blog, where it originally appeared on October 18.

Jeremy K. Balkin serves as head of innovation for a leading international bank in North America and is the award-winning author of Millennialization Of Everything: How To Win When Millennials Rule The World.

Read a banker review of the book here.

More in this category: « Keep digital marketing safe
back to top