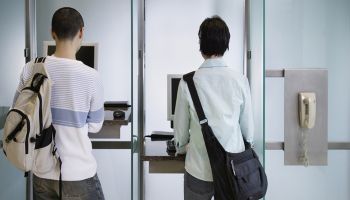 Increasing economic strength of customers is requiring banks to focus on the front office once more, as they seek to generate revenue and grow market share, according to new research from Ovum.

“In the retail banking industry, IT expenditure is a significant portion of operational spending. With this in mind, this research paints a positive picture overall for retail banking, even for regions that are struggling with complex economic and political issues such as Western Europe. The renewed focus on business development is driving distribution channel IT investments, and should go a long way towards fuelling innovation in how banking services are delivered over the next four years,” says Jaroslaw Knapik, senior analyst, financial services technology, Ovum.

The shift towards business expansion strategies is most visible in emerging markets and North America, as Western Europe continues to struggle with sovereign debt issues and, consequently, a weaker consumer.

However, positive signs are clearly visible on the horizon for Western Europe, and while the cautiousness of previous years will remain, banks are still planning to increase IT spending on new initiatives. As a result, Western Europe (forecast to reach $43.6 billion in 2018) and North America (forecast to reach $59.3 billion in 2018) will remain the largest markets for IT spending, growing at 2.9% and 4.8%, respectively, in the next five years.

Emerging Asia-Pacific markets are expected to grow at the fastest rate (7.7%), mirroring the economic development in the region and the expected financial strength of the consumer. The total annual spend in this region is expected to reach $16.8 billion by the end of 2018.

Business development (increasing revenues and profitability) is a priority for a number of retail banks, with IT spending in this area forecast to reach $13.6 billion by the end of 2018. Online banking investments will get a high amount of attention (6.4% growth in 2014, reaching $10 billion by 2018), with other channels, such as mobile, growing even faster. This is mainly because the functionality of digital channels is maturing and customers are increasingly able to use them.

At the same time, operational budgets will feel the impact of compliance requirements, which will translate into middle- and back-office transformation expenditure driving higher IT spending. Banks’ focus on compliance is consistently strong across all geographies, and new initiatives will depend on implementation deadlines, such as those for the Single Euro Payments Area, Basel III, and Dodd-Frank in the United States. Improving internal processes should improve efficiency, and as the shift to business development is relatively fresh, banks remain cautious, focusing more on short- to medium-term IT strategy.