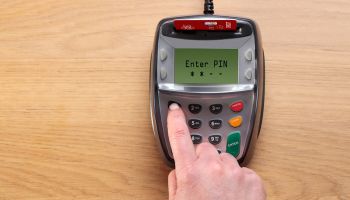 Consumer and business debit saw sustained growth in 2013, according to a study commissioned by PULSE.

Financial institutions weathered the Target data breach and are looking for solutions to enhance security, with many issuers now planning to implement EMV debit, the study shows. Debit program performance continues to improve, as active cardholders increase their usage of debit.

• Consumers continue to shift to electronic payments, with transactions per active card increasing to 20.1 per month from 19.4 a year earlier.

• 86% of financial institutions stated that they plan to begin issuing EMV cards in the next two years, a significant increase from 50% in 2012.

“In the wake of several high-profile data breaches, the industry has come together to look for solutions to increase security and advance EMV implementation,” says Steve Sievert, executive vice president of marketing and communications for PULSE. “While PIN debit remains the most secure payment method in the market, this year’s study confirms the industry is reaching a tipping point toward EMV. The majority of financial institutions plan to issue EMV debit cards starting in 2015.”

The Target breach impacted every financial institution that participated in the study, causing fraud loss rates to increase in 2013 and compelling issuers to re-evaluate their strategies for improving card security in 2014, the study finds.

Overall, 14% of all debit cards were exposed in data breaches in 2013, compared to 5% in 2012. The resulting 2013 fraud losses to financial institutions amounted to 5.7 basis points for signature debit and 0.7 basis points for PIN debit. Compared with the prior year, PIN debit fraud loss rates remained constant at 0.3 cents per transaction, on average, while signature debit loss rates increased to 2.2 cents per transaction, up from 2.0 cents.

Data breaches heightened attention to issues of debit card security. Prior to the Target incident, many financial institutions were hesitant to commit to EMV because of uncertainty around retailer adoption of chip card point-of-sale terminals, questions about the viability of the business case for migrating from magnetic stripe cards to chip cards, as well as unresolved issues related to regulation and support for merchant routing choice. In many ways, the Target breach served as a catalyst for the resolution of these issues.

Although issuers report different opinions regarding the business case for EMV, the study finds that 86% of participating U.S. issuers plan to start issuing EMV debit cards within the next two years, and most will begin EMV debit issuance in 2015. The most common strategy among financial institutions is to provide account holders with an EMV debit card as part of their regular card reissuance cycle. Migration to EMV debit cards will begin in earnest in early 2015 and will span approximately three years, with many issuers attempting to provide chip cards to their international travelers and heavy debit users in advance of the liability shift in October 2015.

“We were quite surprised by the across-the-board embrace of EMV by debit issuers,” says Tony Hayes, a partner at Oliver Wyman who co-led the study. “There has been a dramatic shift from issuers’ tepid interest last year to their active plans to implement EMV beginning in 2015.”

Outside of the challenges caused by data breaches, debit continued its growth trajectory in 2013. On the consumer side, the primary performance improvement was in transactions per active card per month, which rose to 20.1 in 2013 from 19.4 in 2012. Other metrics, such as penetration, active rate, and ticket size, remained consistent year-over-year. There was an uptick in usage of business debit cards: transactions per active card per month grew to 14.5 from 13.5.

Continuing historical trends, signature debit declined in share of total transactions between 2012 and 2013, falling to 62% from 64% for consumer cards, and to 70% from 72% for business cards. As regulated issuers (those with more than $10 billion in global assets) receive equivalent interchange for signature and PIN transactions but incur lower costs on PIN transactions, large debit issuers now tend to prefer PIN transactions.

To foster continued debit growth, issuers reported working both to improve current performance and to make their debit offering more attractive. Rewards program incidence has rebounded from its decline following Regulation II implementation. Because traditional debit rewards programs have unsustainable economics in the post-Reg II environment for regulated issuers, many financial institutions have moved to merchant offers. Forty-eight percent of regulated issuers now offer debit rewards programs, and most of these use merchant offers.

As issuers continue to promote the migration of cash payments to cards, PULSE expects overall ATM use to naturally decline. In 2013, ATM withdrawals reached a study-wide low of 2.3 per active card per month. Large banks expect ATM transactions to continue to decline, but community banks and credit unions project increased ATM transaction volume as they seek to drive traffic from the branch to the ATM.