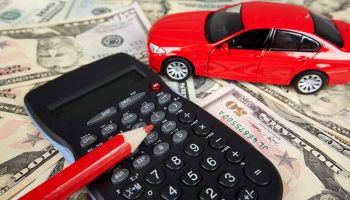 Outstanding auto credit in the U.S., fast approaching $1 trillion, continues to perform well, according to the latest TransUnion study of car lending trends.

Opposite ends of the spectrum

Subprime borrowers, while understandably reporting higher delinquency rates, also showed improvement. Delinquency among these borrowers fell to 4.98% in the second quarter, from 5.09% a year earlier and 5.19% in the first quarter of 2015. Currently about one in five car borrowers—18%, precisely—are graded subprime, according to TransUnion figures. The company noted that when the country began coming out of the recession in the third quarter of 2009, subprime borrowers represented 23.7% of auto borrowers.

While the subprime percentage is lower, subprime borrowing is growing overall, at present. TransUnion believes lenders are doing so prudently. Jason Laky, senior vice-president and automotive business leader, said in an interview that the majority of the growth in subprime is occurring among independent auto lenders, not insured banks and credit unions.

Subprime borrowers are defined as those with VantageScore 3.0 credit scores under 601.

At the other end of the consumer credit spectrum are so-called “super-prime” borrowers, those with scores of 780 or more. In the second quarter the share of auto loans held by these borrowers to 23.3%, up 8.2% from the year before.

The level of debt per borrower grew in the second quarter, but at a more moderate level for all types of borrowers. Laky said this was in line with a gradual slowdown in growth over the last few years. TransUnion believes that demand became pent up during the Great Recession and that that bulge in demand has been gradually dissipating.

Overall, “as long as the economy remains strong, delinquencies will remain low,” said Laky. Even if the economy weakens, past TransUnion research indicates that consumers will try to remain current on their auto debt, as they need wheels to get to work.