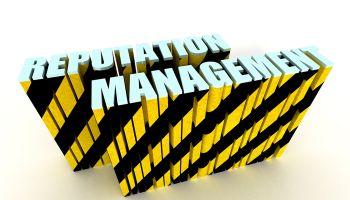 The best way to avoid reputation management challenges? Get things right the first time, says blogger and credit veteran Ed O'Leary, so there’s nothing to get a black eye over.

There’s more news on JP Morgan Chase’s continuing reputation risk problems. One prominent article suggested that the bank may face legal costs and regulatory fines at least equal to the financial loss associated with the London Whale transaction in the spring of 2012.

To me, this is almost getting beside the point. At some point, can’t we conclude that the financial costs are secondary to the inexorable erosion of an institution’s credibility and reputation?

How do you even put a price on that?

To some degree, one can argue, JP Morgan Chase’s regulatory issues are self-inflicted. It was the company’s management that chose to be argumentative and intransigent on some issues with the bank’s regulators in the wake of the London Whale trading debacle. That’s picking a fight you can’t win, exacerbating an already difficult situation.

It’s hard to blame the regulators. They are in the fish bowl, especially by the judgment of some who feel that they were less than diligent in the years leading up to the collapse of the housing and credit markets. Regulators have a political dimension to their jobs. They have responsibilities assigned to them by federal and state laws and they are managed by those in public office who bear the ultimate responsibility for a sound financial system.

How could this situation for our industry have spun out of control?

It’s not just one institution, but a long and diverse list of financial service enterprises whose names have been besmirched for various reasons. Very large institutions and many smaller ones have not escaped direct blame of one sort or another. The entire industry has sustained a blemish to its reputation that will take years to expunge.

What could we have done at different points along the way to have minimized or at least abated the risks and their consequences that eventually engulfed us?

Considering the challenge in hindsight

First of all, we could have done our individual and collective jobs better.

As trainees in the loan officer development program at The Bank of New York it was drummed into us that we were to do our jobs well and produce an environment that minimized surprises, unwanted outcomes, and bad credit decisions.

It was the Covey principle: “Begin with the end in mind.”

What does a good credit culture look like? Or perhaps more to the point, what does a bad one look and feel like? How do you keep that from happening?

The answer was as simple then as it appears to be in hindsight now: Do one’s job well. Cut no corners, understand and practice the fundamentals, hold participants accountable.

It seems to me that the general public as well as the politicians and most of the pundits ascribe the majority of the causes of the Great Recession to credit risk run amok.

That certainly was a significant component of the overall situation but the reputation risks that have resulted have been from a lot more than simply credit gone sour. Much of the credit underwriting that produced such disastrous results in the last recession was not typically originated or booked into the portfolios of the larger banks yet the banks, big and small, are blamed for much of this.

We underestimated concentration risks and we had rosier outlooks on the business environment than circumstances ultimately warranted. Basic credit underwriting had serious blemishes in many ways, but not systemically so.

What came later were reputation-busting tales of banks foreclosing on underwater mortgages by at least questionable processes. The revelations about how banks gorged on fee income were very damaging to our collective reputations and, as it’s turning out, some very significant financial and regulatory penalties have been incurred as well as the costs to our professional integrity.

These have precious little to do with credit risk, per se.

Errors and actions by many large banks in some cases years after the initial underwritings enraged the public and the political authorities. Where were the discipline, common sense, and sufficient resources as the problems morphed and metastasized into reputation risks well downstream of the process credit underwriting?

No one can say with a straight face that they weren’t aware of what was going on, not when readers of The New York Times and The Wall Street Journal were fed daily doses of news embarrassing to many of the “stars” of the business. And onerous as the Dodd-Frank Act will prove, and is proving, the general public seems to think those wounds were self-inflicted. Good luck to us trying to dissuade them of that opinion.

There’s also the matter in recent years of failing to enforce our own internal standards. We have internal controls in all areas of our operations that occasionally failed to contain bad outcomes in some very spectacular ways.

An interesting nonfinancial parallel: I was watching the Senate hearings on sexual abuse in the military not too many weeks ago and my attention was riveted by the insight into the problem of Senator Clair McCaskill (D-Mo.).

I watched her cut short the testimony of a decorated and very senior military officer with the comment that the problems of sexual harassment in the military were not due to training deficiencies.

“More training isn’t going to make a difference,” she declared.  What’s needed, she forcefully stated, was some very visible enforcement actions of existing rules and regulations.

My mind went immediately to the state of enforcement of internal controls in a bank. If controls are enforced, and everyone expects them to be, then they will be observed. Otherwise, the results are predictably inconsistent.

If we credit people understood that our jobs are literally on the line over our documentation lapses, our credit and collateral exceptions would plummet overnight.

Unhappily, there were lapses all along the way leading to the various outcomes that we now refer to as the consequences of reputation risk. It needn’t have been this way but we permitted it by turning a blind eye to circumstance or through ignorance or worse.

I hope that as we climb out of this very deep hole that our industry finds itself in that we recommit to basic principles of doing our jobs properly to start with. We somehow got away from that and the costs have been horrendous.

More in this category: « Would your bank buy this jet? The sixth C of credit »
back to top