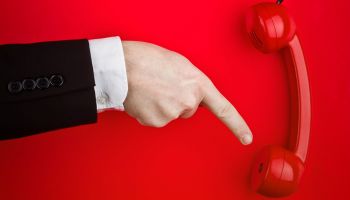 Anyone who reads the financial pages regularly and with a watchful eye knows that there are signs and suggestions that the current business cycle has entered a mature phase. That means that the rate of economic activity is likely to decline somewhat in the months to come.

We are lacking the usual measures of a “ripe” economic cycle, among them as rising rates of interest and strong loan demand reported by banks of all sizes.

But most of us can feel the occasional chilly breeze suggesting a change.

Curiously, I’ve seen little written about the business implications of a new Republican or a Democratic administration taking office next January. The stock market is telling us something, though, and this current bull market cycle celebrates its seventh anniversary this month. That’s reason enough to be on the lookout for change.

Combine this “sixth sense” of an impending shift felt by many bankers and economists with the persistent warnings of banking supervisory agencies and other industry participants that lenders are actively and consciously compromising traditional lending standards. Examiners have a perspective on such things that we simply don’t.

There are two leading exhibits of this possible deterioration to my thinking.

The first is the semi-annual report issued in December by the Comptroller’s Office: “OCC Semiannual Risk Perspective for Fall 2015.”

The report’s two major areas of concern are the strategic challenges to growing revenues to meet target rates of return and the easing of credit underwriting standards that are particularly evident in high-growth loan portfolio segments such as indirect auto, C&I, and multi-family.

The second was a Bloomberg article just this week. The article reported that large C&I loans, the type that the very largest banks originate and syndicate, have a declining level of creditor protection through traditional loan covenants.

This type of loan is often referred to as “covenant lite.” Its residential mortgage counterpart is the “low doc” loan that created notorious problems for both originators and buyers of such paper ten years ago.

Time to fine-tune your radar

In my experience spanning several turbulent years for our industry and incorporating stints as a credit administrator and problem loan manager for several large banking companies, I learned a simple lesson that is worth emphasizing today.

I’ve been reading regularly of certain types of credit quality issues. There was a prominent article in The Wall Street Journal recently discussing the excessive concentrations some lenders have permitted to develop in commercial real estate loans, where a single or a few tenants operating in a common industry are experiencing issues negatively impacting repayment capacity.

If it’s just one loan and one such building in a commercial real estate portfolio, that’s not much of an issue—nor is it a concentration.

The types of problems beginning to surface now are not necessarily on anyone’s radar as the credits aren’t necessarily delinquent yet or if they are, they have not progressed to the point of “non-performing asset.”

In that sense, these are hard to see. But often they are relatively easy to fix in the sense that they have not yet become a generalized problem. There are frequently opportunities to shore up collateral positions and tighten up the deal to reduce risk to the lender while the borrower is in a cooperative state of mind.

Some months from now, such concentrations may be easily spotted but by then it will be too late to take evasive action that accomplishes very much.

My urgent warning to lending managements and credit administrators alike is to bring prompt attention to those incipient problems that may be hard to see in the normal way that problem loans attract attention—delinquencies—and become pro-active now to abate those risks.

There are routine opportunities for review, such as periodic note maturities and covenant defaults. Those are the times to fix things but business development concerns often obscure an emerging loan problem or the appetite for continued loan growth subordinates these seemingly “minor” issues for exactly the wrong reasons.

Are you prepared for trouble?

One other bit of experience tells me something else. You may not have adequate resources to help you deal with the coming economic slowdown.

Think through what those needs might be on a tiered scenario basis—mild, moderate, or severe.

Then, be prepared to act sooner than later to identify and secure needed experience.

The embarrassing thing about doing nothing now is that we sense what’s happening on a day-to-day basis and we surely know the consequences from our collective experience not very many years ago.

It’s time. Soon enough it will be past time.

And then people with experience like mine will be tempted to say, “We told you so.”

More in this category: « Banker’s-eye view of Campaign 2016 Risks of a compliance mentality »
back to top