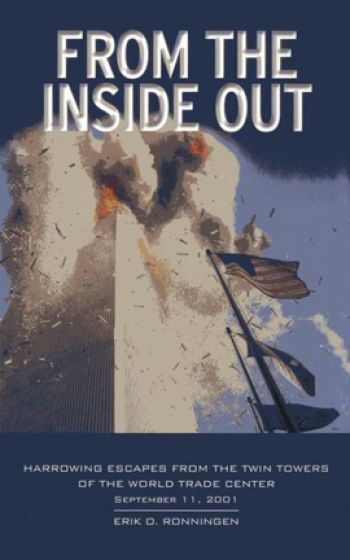 From the Inside Out!: Harrowing Escapes From The Twin Towers Of The World Trade Center. By Erik O. Ronningen. Welcome Rain Publishers. 154 pp.

“I was just another one of the tens of thousands who awakened that beautiful Tuesday morning of September 11 and did what we all do—go to our places of business. But as we, and the world, were soon to learn, it was no ordinary day—it was a painfully graphic example of how fragile our relationships are, and how we too often take them for granted. It was a wake-up call of many dimensions, and we learned that our lives can change in the time it takes the second hand of our watches to tick from one increment to the next.”

Before I began From The Inside Out, my mind was set on making a comparison of the issues facing the individuals faced with the Twin Towers disaster on 9/11 and those faced by people in my own part of the world—the Louisiana Gulf region—when tragic events like Hurricane Andrew and Hurricane Katrina embarked on our own doorsteps.

My region is no stranger to disaster, and business and personal emergency preparedness is something we engage in as second nature.

However, a few paragraphs into the book I changed my thinking.

Hard as some of our times have been,  what we have faced is nothing near what happened on 9/11 in New York, as recounted by author Erik Ronningen, the last person to make it out of the South Tower of the World Trade Center before it collapsed.

The severe weather situations we have been faced with as southern bankers and citizens don’t lack for impact and danger, but they provide us with ample warning and give us the discretion to either call our employees in for work or allow them to stay home and take safety measures.

The companies employing the thousands of workers in the Twin Towers—government agencies, financial firms, and more—thought they faced nothing more than an average day at work, until disaster struck.

The author was, and is, an employee of the Port Authority of New York and New Jersey. As he recounts in the foreword, From The Inside Out came from a random thought to write a book that popped into his head as he spoke of the events of the disaster with his wife the day after.  Ronningen heard hundreds of stories, some of them inspiring, some of them ugly, about the disaster and its human aftermath. He finally bought a recorder and began to tackle the challenge formally, though the book was a long time coming.

As I read beyond the first few paragraphs I found that I had placed myself in each person’s shoes as they prepared for their workday or had hesitations due to something or someone almost giving them insight, somehow, into what would not result in being a normal day at work.

By structuring the book somewhat like a diary, with many entries timed to give a sense of how events unfolded, the author allowed me to place myself into each person’s life. I “lived” each of their lives, whether he or she was responsible for security of the building; a vendor in the common areas at the base of both buildings; a supervisor responsible for making the calls for safety; or a dedicated employee knowing the issues being faced, but still determined to do their job or simply to look out for the well-being or safety of others.

Business sense, regulatory requirements, and common sense all dictate that banks prepare for emergencies and for business resumption. As bankers, we’ve all taken part in such exercises and planning.

Having experienced multiple severe weather situations during hurricanes I know how the “well thought out plans” and all of the “emergency drills and procedures” still left us short of how we had planned to react. And I know how an unplanned-for situation during the disaster caused us to react outside of the planning models we had developed.

Reading the stories of many individuals in Erik Ronningen’s book I was able to experience the workings of their minds as their day quickly escalated to something that all those well thought out plans could never have prepared anyone for, before 9/11.

Getting into their heads allowed me to see how individuals react to “uncontrollable situations” in varied manners—just as they do in the banking industry.

The author highlights those individuals who reacted on “automatic pilot” and continued on with their work as if it were a normal business day, even when all indications were that it was as far from normal as possible.

Then there were those who turned their attention immediately to the well-being of others and did all in their power to make certain that they were taken care, of instead of caring for themselves.

And there are those who simply froze in the face of adversity and could not react in one manner or another.

Don’t fall into a mental pattern

Many may have forgotten it, but the Trade Center had faced an earlier terrorist attack, a bombing that failed to achieve the terrorists’ aims. Throughout the book comments from the participants continue to compare the current situation to that bombing.  This seemed to be instilled in their minds and many of their reactions were based on the consequences that were present during that disaster.

This brought to mind one of my concerns when planning with our Emergency Preparedness team—the concern being that no two emergency situations are alike and getting employees to realize this.

The scale of the bombing of years past did not come close to what was happening on 9/11 and led to many people focusing on “making things right” instead of simply total evacuation in light of the severity of the situation.  This fact also turned my memory to what happened in the New Orleans area when Hurricane Katrina hit in 2005.

Feeling as if you are right there

Ronningen, who notes early on that he is not a professional writer, nevertheless holds your attention with a grip. As the reality of what actually happens sets in, the reader experiences the physical and emotional impact that the contributors felt.

The reader will feel the tower sway as the jet slams and pierces the buildings; smell the fuel as it penetrates throughout the damaged structures; experience the crowded stairwells and the confusion as frightened people tried to descend to safety; experience the fortitude of the firemen as they move upward in the building to do their work; find it difficult to breath as the thick, debris-filled air is sucked into each person’s mouth.

Be prepared for an intense read. You’ll also experience the crunching of glass beneath your feet as individuals work their way out of the building to safety; feel the shock each person felt when they had to run between dead, mutilated bodies that had fallen from the top levels of the buildings; experience the confusion as survivors run through streets that are so thick with smoke that it is impossible to see.

And then feel the runners’ state of mind as they wonder, all the while, if they are headed the right way, or into further danger.

You’ll experience the confusion of everyone as the smoke and debris rolls down the streets as the building collapse.

Watching the news stories as they unfolded on 9/11 were scary—we all saw those harrowing photos over and over again. But in spite of all that, seeing those pictures didn’t hit me at nearly the level that I experienced in reading the experiences of the people within this book.

Reading From The Inside Out! helped me to experience a drive, a level of desire and survival, a taste of how the inner self takes over in situations like this.  The natural instincts coupled with the concern for others far overshadowed the individual fear that should have existed.

I recommend all bankers who are involved with Emergency Preparedness read this book. 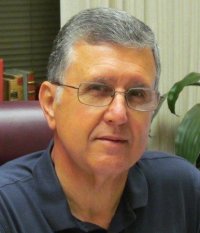 More in this category: « The bigger they come … Systeming the game at your bank »
back to top