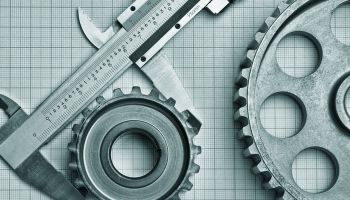 I’ve spent nearly 50 years as a credit professional (lender, credit administration manager, and CEO of a large New Mexico community bank). In the process I’ve become a diehard fan of the Uniform Bank Performance Report, which most aficionados just call the “UBPR.”

My experience with this valuable regulatory resource includes being a direct user, as well as leading continuing education classes for bankers, including an on-line course that features the virtues of the report as a centerpiece of bank financial analysis.

I’ve written about the UBPR before. But an experience this week prompted a reinforcement of my already positive attitude toward its value.

In a series of conversations with a consultant acquaintance, we delved into discussions on the process of risk identification in community banks. It’s on the examiners’ short list of hot topics the last few years and is an abiding concern of managers, directors, stockholders, and examiners.

Frankly, I don’t think the industry’s literature on the subject of risk is particularly valuable or useful for most community bankers. The larger banks can do sophisticated financial modeling that gets pretty deep into risk analysis and yields very useful information. It’s hardly possible for community banks to staff up for that sort of insight, particularly with the surge since Dodd-Frank in compliance staffs that generate no revenue.

To think of the UBPR as a risk detection tool may, to some, be a blinding flash of the obvious. To these folks, past performance is a strong indicator of future performance.

Fair enough, but how can we convince first ourselves and then make such a case to others—notably, our auditors, directors, and examiners?

The UBPR is in my own experience an underutilized tool. That’s a mystery to me. The participants in my on-line class for a dozen or more years have been experienced bankers representing over time virtually all the operating areas of the business. Yet very few had ever worked with it—or around it—before enrolling in my class.

The report facilitates two types of analysis, both important and each very different from the other. Internal analysis permits the comparison of different time periods of financial performance of one enterprise. This is the way you spot trend lines and measure progress in quantitative terms.

The other is external analysis. This is the comparison of individual performance metrics of the enterprise to a peer group of banks of broadly similar characteristics. It’s where you get to see how the bank is performing over time in relative terms.

It’s one thing, for example, to know that the profitability is improving quarter to quarter and year to year. But it’s quite another to be able to measure the bank’s relative performance in percentile terms.

Maybe a bank is steadily growing net income, but maybe that performance by several metrics is only average (generally speaking around the 50th percentile). Maybe it’s a profitability laggard or maybe its performance is robust relative to the peer group of banks. That’s useful information and it’s not available from any other source.

How many of you work for a bank that uses such information to help set performance targets and then evaluate the results for bonus purposes?  Don’t you think that would qualitatively improve the planning and assessment processes?

Anyone who has studied total quality management systems understands that it’s possible and in fact necessary to quantify the indicia of performance. Not all of that is necessarily in financial terms but one way or another, one can quantify virtually everything either directly or indirectly.

The UBPR contains hundreds of metrics of both an internal and external comparative nature. That’s among its greatest strengths but it’s also one of its biggest weaknesses.

I suspect that the sheer volume of data intimidates many. That’s a hindrance to its application by managements and boards.

Your own crystal ball

But here’s how it can become a predictive tool of current and future risk.

One of the biggest concerns of management, boards, and examiners is the sustainability of performance over time. Think how many banks ended up “giving back” the positive results of a business cycle in one or two really bad years. That happened to many of us in 2009 and 2010, following the banking collapse of 2008.

But what if by all or most all the commonly acknowledged performance metrics the bank had consistently been in the upper quartile of earnings comparisons to its peer group?

Would you thereby have a basis to point to historical performance and encourage the idea that it’s something the bank regularly accomplishes?

What if at the same time measurement of things like credit risk, liquidity risk, capital risk, and operational risk, those things that the UBPR measures extensively, were also in the upper quartile of relative performance against peer?

That certainly makes the case that the bank has been very well run. If the discipline is consistently applied, then the results should be consistent as well.

Psst… Your regulators cram for exams with UBPR

But here’s an even more compelling and practical reason to pay close attention to the UBPR. The examiners rely on it extensively to prepare themselves for all on-site safety and soundness examinations.

It’s what they look at and draw their conclusions on, based on the consistency of performance and the relative measurements of each quantifiable component of risk.

If you already know what their questions and concerns are very likely to be, why wouldn’t you prepare the same way they do?

We’re an industry struggling to regain and maintain our profitability. We also need to burnish our credibility following the disasters of the run-up and collapse of our collective profitability.

We need to start with a source consisting of a common language, a common source of data, a source of  trusted accuracy and sufficient intervals for comparative purposes. It’s all there in the UBPR and bankers have never needed such a tool  as this more than they do right now.

More in this category: « You can’t pay a good person too much Defaulting borrowers: How well did you know them? »
back to top