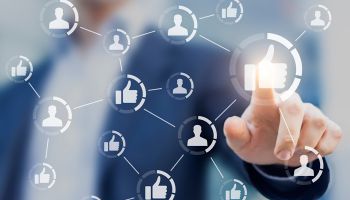 Over a period of several years running now, I cannot recall the end of a year where the outlook for the year to come was particularly auspicious, for banks and bankers. But this is since the Meltdown of 2008 and the start of a “winter” of hardships for the banking industry.

Today perhaps we can be more optimistic than in other recent years. In all 2016 has been a bleak one for much of the industry, as it was marked by the payment of hundreds of millions of dollars of new fines and penalties by some of the biggest banking enterprises. Yet the largely unexpected election of Donald Trump as our next President has many of us hoping for many things, including at least a partial rollback of financial regulation and a fresh start on some important issues.

Perhaps 2016 will be seen as the nadir of all the years between the events of the Great Recession and the reputation problems that have beset Wells Fargo.

Could we begin to climb to a zenith again? I hope so, as Wells’ situation has come to unfortunately represent in my mind the number-one problem facing our industry—trustworthiness.

It’s not my intention to beat up on Wells Fargo. It’s just that the company’s situation is a proxy for many others quite similar in public impact and perception.

Here’s an example of how low our collective reputations have sunk.

Many of you have seen the TV commercial by AAG, the large reverse mortgage lender. I used to enjoy watching the spots where the late Fred Thompson served as pitchman for the company. Now, it’s Tom Selleck, whose spoken lines include the question that some have expressed about reverse mortgages—wondering if that’s “another way for the bank to get your house?” [View the commercial] [Read about AAG’s own regulatory troubles in “CFPB cites reverse mortgage firms”]

I must have seen that commercial half a dozen times or more before I tuned in on that subtle but what is to me an enormously offensive question. Here is a television commercial by an apparently reputable sponsor impugning the integrity of the entire banking industry.

I put this on a par with Bernie Sanders’ oft-stated campaign talking point that the “business plan of banking is fraud.”

So as we are about to begin a new year with a clean slate in so many ways, but particularly in the political sense. Now, then, is a good time to tackle the root causes of public distrust of banking. These lie in the often severe mismatch between the values that bankers—especially those from very large institutions—espouse and those that are actually on display in the day-to-day actions of the institutions and their representatives.

Having character: Not same as being a character

I’ve mentioned this issue several times in recent months. But the problems and assaults to our reputations continue. Consideration of the root causes yields a constant and unchanging answer—misbehaviors by banks and their employees and agents.

As a commercial lender for most of my working years, I can say that we were all taught—and we believed and practiced—that Character is the most important ingredient in a successful lending relationship.

The Character component was that of the borrower, traditionally. Unhappily, the largest issue before our industry now is the character of banking practitioners.

We need to carefully think about this and its implications. It’s not that character is no longer paramount, but rather that we have had too narrow an understanding of whose character we’re talking about.

The very large institutions have borne the brunt of the public approbation in recent years. That’s where the misbehaviors have been the most egregious due largely to the size of the institutions and the transactions and books of business that they conduct.

But community bankers are not scot-free.

We have shared the voracious appetite for fee income with all of our banking brethren and we have all been diminished in the public eye for that.

In fact, that, probably more than any other reason, is why the Consumer Financial Protection Bureau will be a permanent part of our compliance and regulatory landscape for the foreseeable future. It’s simply the inevitable consequence of our collective behaviors.

But that realization also points in the direction of a renaissance of our public reputations. It’s the community bank segment of our industry that shares a common business model of service and value-added to the client.

To be sure, the large banks do too—or at least profess to—but we are small enough to control our own destinies and custom craft our own internal cultures that customers positively respond to.

By George, we can do this

The community banks will be, in my opinion, the segment of the industry that will lead us out of the miasma of distrust of the last many years.

George Bailey, that movie banking character from Bedford Falls, is the archetype of the community banker. He’s the one with the impeccable reputation for character, honorable behavior, and service to the community.

Hollywood doesn’t make many movies about ordinary people doing ordinary things professionally and capably. But that’s what community bankers do all the time. It’s in our job descriptions and it’s memorialized by our actions.

It will take time for discernable change to be evident and there’s not a lot of tolerance for error.

Yet there’s real change in the air and not of the electioneering campaign slogan variety.

In short, 2017 could well be the year that we turn the corner on our biggest problem as bankers and change the channel on that AAG commercial on reverse mortgages.

More in this category: « Is banking ready for a resurgence? Do your policies reflect your culture? »
back to top