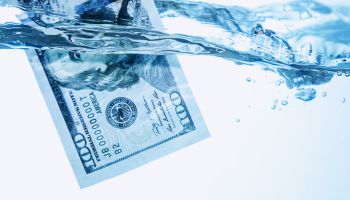 Our AML community is not siloed—quite the opposite.

The work we do impacts all aspects of society, because economic effects have the potential to harm or help all strata throughout the world.

We are charged with detecting, reporting, and preventing the misuse of monies (or value of any kind) that furthers crime in any fashion. The system that surrounds our requirements is by no means perfect. We should do all we can to improve it.

However, we do have a moral obligation to be honest and transparent in how we achieve these goals. Fear of repercussions for being factual should take a backseat to taking ownership of mistakes or incomplete processes or controls. Our role models should not be those that deny facts or refuse to admit problems.

Implications of this aim

Was does all this mean for the AML and related communities?

AML professionals need to call out issues wherever they occur.

For example, the sales culture embedded in some parts of the financial sector that enabled staffs to charge unsuspecting customers with insurance or other products they clearly did not authorize needs to end—now.

Compliance and other anti-financial crime functions should be vocal on how these business practices are being eliminated. Further, these functions should have a “seat at the table” to make sure they are quickly addressed.

When institutions “own” these problems and work to change, we should cheer on those changes and not default to skepticism that the process won’t be overhauled.

In the regulatory arena, our colleagues in the agencies need to acknowledge their mistakes regarding oversight and not default to notions such as “well, the institutions we supervise have so many deficiencies we can never be criticized for documenting problems.”

We are all aware of examiners inappropriately substituting their judgment for the institutions’, even though, by any objective assessment, they are far behind the AML experts in that institution.

I would point out that there are many fair regulators who actually believe their roles are to work with the institution to improve AML—but we shouldn’t protect those that don ‘t.

In the law enforcement portion of the AML community, all too often there is complete opposition to any suggestion or recommendation that the laws or regulations regarding reporting be modified. It is not a given that less reporting, accompanied by improved accuracy, will hurt law enforcement efforts. Enforcers should be open to discussion and debate.

Here in the U.S., we have not witnessed such turmoil in political discourse in a generation. Many of the issues on the table do or could impact AML, so we cannot be bystanders. Whatever your policy views may be, the recent statements or actual proposed changes on the following matters demand your attention.

• Asset forfeiture as a law enforcement tool is certainly well known at a high level.

For our community, we should be part of that debate because whatever occurs will affect training and compliance.

Recent statements by the Attorney General have raised additional concerns on compliance clarity. Wherever you fall on this controversial topic regarding state laws versus federal characterization of the drug, please stay engaged in the conversation.

• Risk assessment of your customers and products challenges the community as never before.

I have covered many times in this forum the collateral damage to those that have the misfortune of being labeled “high risk” such as charities, money-service businesses, and others. AML professionals have no option but to perform their due diligence with categories listed as potential or actual high risk through sanction screening, monitoring, or exiting certain clients.

If you add the excellent recent work by journalists on possible problematic relationships with the financial or real estate sectors and members of the current Administration, these “red flags” cannot be ignored and add to the compliance workload.

However, we should not lose sight of the fact that previous efforts to identify “problem” entities—such as those in “Operation Chokepoint,” recently discontinued, captured legal as well as possibly criminal elements and caused widespread confusion within the regulatory and financial communities and needed to be eliminated.

Yet another example of the AML community as an essential part of the broader global community. You have a major role to play so don’t shirk those responsibilities. So to those in ANY part of the AML infrastructure, success demands collaboration, not siloes.

We live during a time of continued domestic and international terrorist attacks, debates that appear one-sided, and fear of transparency. It would be easy to throw in the towel. However, we are in a community that I believe transcends politics and shares a collective goal to serve and protect victims of financial crime.

Now, however, is the time to prove that point.

* “The Way It Is” by Bruce Hornsby and the Range (1986) and reached #1 on Billboard. It contains a positive refrain that starts with:

“That's just the way it is

Some things will never change

That's just the way it is

Ah, but don't you believe them” (emphasis added)