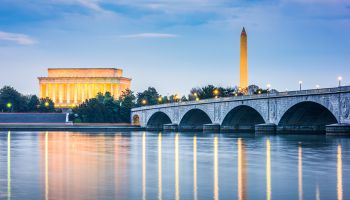 The special prosecutor's indictment of Paul Manafort and Richard Gates made major news, but John Byrne says the filing also serves as a reminder of how many legal issues touch on anti-money-laundering laws.

At first glance, yesterday’s announcement of indictments against the former staff of the Trump campaign may make folks return to their tribal political corners.

For those of us in AML—but hopefully everyone—that would be a mistake. This is a professional opportunity, a chance to refresh our understanding of the breadth of laws encompassing money laundering and the need for all of us to stay current with how statutes are used.

Key elements of the charges

It should be noted that as facts continue to come out, what we know may change. However, one essential part of the indictment revolves around deceit and avoidance of taxes.

Paul Manafort and Richard Gates, among other things, acted as “unregistered” agents of the Ukrainian government. They are charged with violating the Foreign Agents Registration Act (FARA) by not filing with the Department of Justice their clear lobbying work and filing false statement with Justice when asked about this after earlier press reports.

Related to the false filings mentioned above, both had oversight, signature authority, and financial interest in foreign bank accounts and failed to file the appropriate form (FBAR—Foreign Bank Account Report) or note that fact on their tax returns. Another part of the indictment covers the false statements regarding use of properties in order to get a higher loan amount for construction that was never done.

As far as the money laundering charges, we in the BSA/AML community have an opportunity to explain to those who do not have our backgrounds, why these individuals have been indicted. Now is the time to explain “specified unlawful activity” (SUA)—a term that certainly doesn’t roll off the tongue.

Many of our friends and neighbors still equate money laundering with drug proceeds and maybe terrorist financing. But most are unaware of the many federal crimes that permit a money laundering charge.

Here, the SUA was the FARA violations, but while we have their interest you should also mention the diversity of SUAs such as environmental crime, elder abuse, human trafficking, and many other financial crimes.

If more people realized that moving funds derived from crimes and (making them “illicit”) attempting to disguise the source is an additional crime, they could focus on the various press accounts of cases without confusion.

Finally, there have been some controversial cases on asset forfeiture recently. But the references in this indictment to how that would work also bear mentioning. The charges listed, if proven, will result in the forfeiture of a number of properties as well as an insurance policy.

It would be hard for anyone of any political stripe to think that taking the property or substitute assets from convicted individuals that hid their work on behalf of foreign governments was anything less than appropriate—right?

A teachable moment (or two)

Thus far, we have only witnessed immediate reaction to what will be an ongoing and potentially lengthy investigation.

My first Twitter response was to send the whole document and I urge all of you to read the document in its entirety. I will continue to follow this as an AML training and awareness tool.

For now, the first public display of Special Counsel Robert Mueller’s investigation tells me that the following issues are in play:

As with everything else this year, more to come…

I want to mention that there a few more AML-related activities coming up in the next month that I will relay in future postings.

• Members of the financial sector continue to work with counterparts in other sectors on human trafficking and inclusion and we are hoping for more strategies to share with the AML community.

• Finally, later this month Congress may begin a formal review of 30-plus years of AML.

Have I piqued your interest?

* “Manic Monday,” a 1986 hit by the Bangles which reached #2 on the Billboard list and was actually written by Prince.