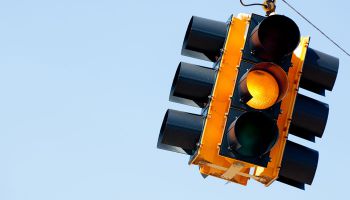 In the good news-bad news arena, there should be optimism in the fact that Congress is reacting to the current AML environment by looking at a number of issues including financial access—or the belabored term “de-risking.”

On the negative side, this week’s hearing focused almost solely on a project that everyone has condemned equally, “Operation Chokepoint.” Chokepoint was a Department of Justice initiative during the Obama Administration that focused on certain industries such as payday lending, resulting in banks exiting or not onboarding those businesses. (The hearing was held Feb. 15, by the House Financial Institutions and Consumer Credit Subcommittee.)

Time to get the focus straight

While there was universal condemnation of the impact of this directive on businesses that were for all practical purposes legal, the concept of government entities identifying “high risk” customers is not new. Correctly, Operation Chokepoint no longer exists—but risk confusion certainly does.

So wouldn’t it have made more sense for the subcommittee to focus on the continuing dilemma of financial institutions being unclear on how they can mitigate risk today and how to resolve the ongoing changing regulatory expectations?

I should point out that I was able to get a statement into the record covering the financial access hurdles faced by the NPO (non-profit organizations) community as were a few other NPO associations. For the most part, however, the subcommittee members criticized the previous Administration and the accompanying banking agencies and faulted banks for closing accounts without explaining why.

If law enforcement, bankers, or regulators were testifying, it would have been made clear that bankers are in an impossible spot. They must close accounts due to risks (perceived or real) and cannot notify that fact to the customers, especially if they had already filed a SAR (suspicious activity report) and the customer is involved in an ongoing investigation.

So while it made for a compelling narrative that the small businesses being represented were in the dark and struggling to be told why they lost financial access after being good customers, the facts are that public information such as the FFIEC AML/BSA Examination Manual labels customers such as Independent ATM operators as high risk and banks react to that.

To be fair, the hearing did spotlight that there are standards for independent ATM operators, which is helpful to banks, but the manual also states up front that “Privately owned ATMs are particularly susceptible to money laundering and fraud.”

Blaming banks for exiting those relationships seems a bit of an overreach.

Another interesting part of the hearing addressed the continuing struggles that money services businesses (MSBs) have with acquiring or keeping traditional banking relationships. In my statement, I went back to 2005, when MSBs complained to Congress about banking agencies listing MSBs as high risk—the logical response by banks.

I also said, sadly, not much has changed.

Bryan Schneider, secretary of the Illinois Department of Financial and Professional Regulation Division, testified on behalf of the Conference of State Bank Supervisors. He told the subcommittee:

“In recent years, federal officials have exerted heightened scrutiny on banks that may have led many of them to shut off certain classes of business customers, such as money transmitters and check cashers. These banks felt pressure to stop adding new business customers in these classes and to sever relationships with similar existing customers.”

That message was important, but muted by Schneider himself. During the question period he said several times that the problem was banks not fully understanding how MSBs are regulated.

The AML community embraces transparency of the risk of any potential customer. I know that professionals in this area do look at a myriad of source material on how a customer performs due diligence. There are risk assessments, mitigation plans, independent testing, audits, and, of course, regulatory examinations.

The problem remains in regulatory expectations—not from Washington, but by some examiners. AML enforcement actions are rare (although dramatic when announced) but formal regulatory criticisms continue to rise.

Congress looking at the cause of financial access hurdles should be encouraged. But my dream is that all stakeholders are at the same table at the same time.

* Tom Petty’s first solo album in 1989, “Full Moon Fever” contained this song. It was also the title of the 2007 documentary on Tom Petty and the Heartbreakers.