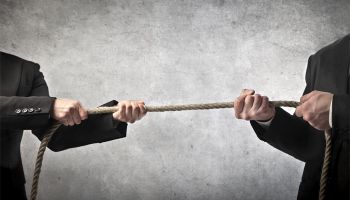 Merchants are attacking the card brands again about the right to choose between PIN and signature. They are creating quite a kerfuffle.

The issue has to do with the Durbin amendment to the Dodd-Frank Act and the right of merchants to have the choice when switching pinned transactions.

• Merchants want to drive consumers to use their PIN option—it’s less expensive to process.

The choice of signature debit or pinned debit as the type of transaction is not addressed in Dodd-Frank, only the merchants’ right to switch pinned transactions through a less-expensive processing route.

Consequently, when consumers at the point of sale select the signature debit preference as they use their new EMV card—as occurs in the case of most community banks and credit unions—this drives the transactions to the higher revenue source and merchants are frustrated.

The question then presents itself: Can merchants establish a rule to only accept PIN debit transactions? Or at least require consumers and businesses to use the pinned debit option at their store?

• Under Visa and MasterCard rules: No!

What will happen next?

Will Congress step in (again)?

I suspect that Visa and MasterCard will win this round. However, we may see more proposed legislation on this topic in the future. That’s pretty sure.

Will it pass? Maybe.

We may see the interchange cap population lowered from the $10 billion asset threshold to $5 billion in the next Congress as a concession. On the other hand, but I do not see the requirement to select pinned transactions being implemented.

At least that is my opinion. It is a matter of choice.

And in spite of the hurricanes ripping through so many areas of American life this election, I do not see the political winds in this area being strong enough to take away the choice!

More in this category: « Perils of not being in “real time” “EMV is sooo inconvenient!” »
back to top