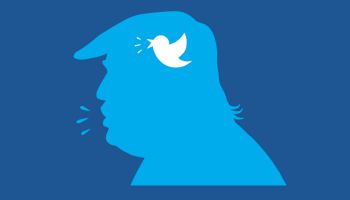 No doubt that our current President is doing a great job stirring it up.

But I have to wonder, what word goes through Donald Trump’s mind as he is about to press the button on his latest tweet?

Let’s face it … after every tweet, there seems to be an explosive reaction from media outlets around the world.

The story usually starts with: “In President Donald Trump’s latest tweet…” followed by a media response that is not typically favorable.

The volleys keep on coming until we move on to another tweet from the President or until a White House spokesperson provides us clarified enlightenment. The net result of this activity or style, if you will, is the disruption of the status quo.

Regardless of the accuracy or validity of the tweets, the impact is really interesting to watch!

What does all of this prove?

That social media does work and be it buzz or boom, the use of Twitter is having a huge impact on the social media space.

The key here is not to be distracted by the controversy that all of this creates, but to focus on the fact that individuals follow and react to social media, particularly Twitter.

The trend here is that the use of social media is growing in awareness and user.

Connections may depend on social exposure

As daily newspapers grow thinner and retail stores close, the reality is that consumers and businesses are using the internet for news information, product information, and social information.

Retail stores are closing because of competition from online shopping.

Printed media is struggling and being supplanted by digital media.

Consumers and businesses are using internet searches in the hunt for attractive financial services, before they even consider walking through the lobby doors of a potential financial institution.

More importantly, if you don’t already have a connection with them, they will never find you.

The distinction is that social media (Facebook, Twitter, and LinkedIn, just to mention three) can be used for outreach programs. Finding and connecting with new and current customers needs to start with your institution.

Furthermore, just setting up a Facebook page is not enough!

In order for you to be credible in the social media space you need to demonstrate relevance.

Failure to do so will achieve … squat!

Time to get with the program

Of course, you do not have to be the President of the United States or controversial to get attention. You just have to connect with what is on the top of mind of the market or demographic group you are trying to connect with. Think about the opportunities and go for it!

It is not rocket science as much as it is 21st century marketing.

Are you still using brochures and marketing messages ads from the 90’s?

How did I know?

A little bird told me!

Tagged under Retail Banking, Blogs, Beyond the Bank, Channels,

More in this category: « Core conversion: Are your hands really tied? What shrinking retail footprint means for your bank »
back to top