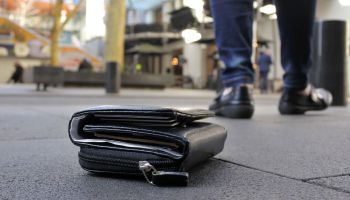 Disaster was looming, disappointment and despair filled the conversation. One of our young guests realized that she had lost her Dave and Busters Game Card from the night before.

Gone was the money remaining on the card. My response, “Don’t worry. We’ll get you a new card today and you can play with your friends again when we go back at lunch.”

“No, Mister Fisher, I LOST all the POINTS I won playing! I had a BAZILLION points. I won at everything, I was hoping to get the bicycle they had on display. Now it is all lost! This is a major event here! What do I do?”

Silently I said to myself, the imagination of a youngster.

But she did have a point.

After thinking about it, I looked at the receipt from the previous day and saw it contained the serial numbers of both cards purchased. I asked our daughter, Liz, for her card. By comparing the two numbers on the receipt, I determined the number of the lost card.

Of course, this is why my daughter calls me “Master Brain.”

I quickly called the restaurant and explained what happened and asked if they could help me. There was a short pause and then the answer, “Yes, this happens all the time. We can reissue the card.”

I replied, “No, it is not the card. It is the points she earned. She wants her points.”

“Of course, Mr. Fisher. We can take care of that, no problem! All of our games are linked to a server and the points are stored there. As long as the card has not been found and used before you come in, the points will be there. We are prepared for this situation and have saved our patrons young and old from losing their points. It’s a major event for us, too. Our customers never forget that we helped them out. That’s why they keep on coming back.”

This is a true story and the real solution. Now translate this to an instant issue debit card and your daughter is heading off to college.

As she is packing to return to school after the break, she realizes she has lost her card. “Dad, can you call the bank and tell them the problem?”

The bank’s response, “We can cancel the card right now and have a rush put on a new one. Your daughter will receive the new card by express mail at the dorm in approximately four days or so."!

“Are you kidding me?” is your response.

Your banker then offers that you will not be charged for the rush order processing or the express delivery fee!

Is your bank ready?

There are two lessons here.

The first one is you could have been prepared to make a lifetime memory and keep your customer coming back by having an instant issue debit card printer at your bank, ready for these major events in your lobby.

The problem could have been resolved in minutes, not days.

Dad and his daughter would have been very happy and satisfied.

The second answer is that it would have been cheaper to spend the money you thought was too expensive at the time instead of losing a customer and watching their future business walk out the door.

More in this category: « OMG, the app doesn’t work! Are you paying too much? »
back to top