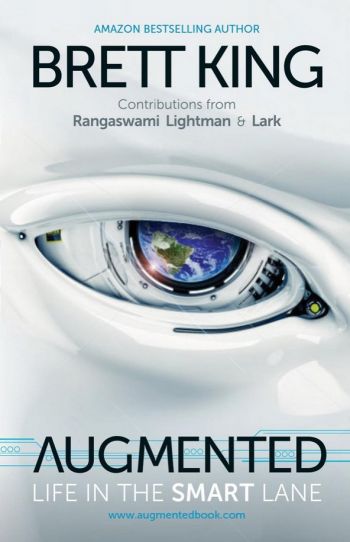 In the pilot edition of Banking Exchange published late last year, we featured a cover profile about Brett King, banking futurist and founder of Moven. In that article, “King of the Disruptors," King, author of several earlier books about disruption in banking, noted that he was working on a broader book about disruption, Augmented: Life In The Smart Lane.

Here we present one of the chapters from this forthcoming book. The chapter, and the excerpt below, is copyrighted by Brett King and his publisher Marshall-Cavendish International and reproduced with King’s permission. The book is currently scheduled for publication in early 2016.

I propose that we should call the next age the Age of Augmented Intelligence, or just simply the Augmented Age, because of how radically embedded and personal technology will augment your life and your behaviour. This time the changes to our world are overtly personal. It’s not just about industries being disrupted, or technology being invented, it’s about how your life will change radically on a day-to-day basis compared to that of the preceding generations.

It’s not just about AI either. It’s about radical shifts in societal interactions, radical changes in the way the world is connected and works together. Simply classifying the next age as the Second Machine Age is too much of an economist’s view of the world—machine- or AI-based automation leads to economic impact from a productivity  or jobs’ perspective. The change we will see this time around will be much, much more about how we live our lives and how society operates as a whole. The rate of change in terms of cultural impact will be beyond anything we’ve seen in the last 250 years. That is what is different this time. This time it’s about you.

Since the coming of the industrial or machine age, society has been continuously impacted by new technologies, be it the steam engine or the selfie stick. Today, we have a generation growing up that measures changes in months, not decades. We have billion-dollar companies created often in less time than it takes traditional companies to launch a new product line. The rapid nature of this change has much more to do with how we respond as individuals and collectively as a society, than focusing on the underlying technology behind that change.

As humans, we’re conflicted about change…

Pre-order Augmented: Life In The Smart Lane from Amazon.

More in this category: « Common sense for individual investors Money laundering’s other face »
back to top