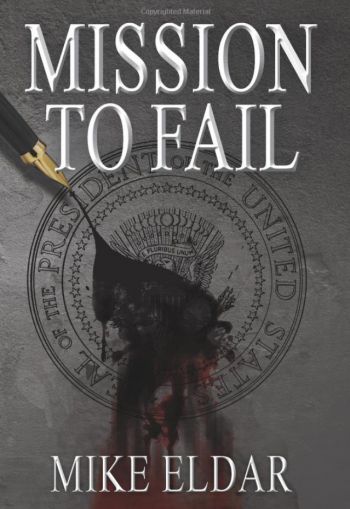 This financial thriller begins in Philadelphia and takes you to Washington, D.C., where the President of the United States is embroiled in a scandal. Mind you, this book was written in 2014, so any coincidences with current headlines are purely coincidental.

In the prologue of the book we have a close friend of the President that is killed with poison from a sprayer disguised as a pen—a tool of the KGB. In quick order, there is the formation of a joint investigative team that includes Secret Service (Claire Gordon), FBI (Albert Nero) and oddly, a displaced private-sector financial executive (Steve Pinter). The story centers on this team and their investigation into the presidential scandal. The team is selected because there are suspicions of an elaborate criminal set-up.

They are introduced to each other and then get set-up in an office in Washington, D.C., and drink coffee. Throughout the book, coffee is a regular theme.

The scandal involves the accusation of the President having a romantic affair with another man, Bruce Crocker. The team does a bit of research and find a suspicious money trail and the thought is that it could indicate bribery or blackmail. A review of bank statements shows a trail of wire transfers to be followed and a financial pattern starts to become relevant.

As Steve explains to Albert, the FBI man, “In financial investigations, you must always track the full money trail if you want to clarify what’s going on.” It sounds like Steve would be a great addition to any bank BSA department.

Steve Pinter reaches out to a friend of his, Michael, a former banker turned computer consultant. Michael gives his opinion on the security of bank accounts and talks about layers of passwords. He states, “You will often see in banks, lists of passwords taped to computer monitors.”

As a banker, I have to wonder what banks the author researched where he would have seen such an egregious breach of banking security policies and procedures. Expert Michael then talks about bank programmers creating back doors to bypass passwords that avoid the audit trail. He states this is done for their convenience but that the possibility of a rogue programmer having the ability to divert funds, also exists. He suggests looking at the system back-ups that are stored outside of the bank and cannot be affected retroactively.

At this point in the story, Steve Pinter starts to develop a general sense of paranoia and you also get a hint that he may have more than an official business interest in his fellow investigator, Claire Gordon.

Things then get interesting with the introduction of Sergei, a former KGB agent meeting with Yuri, a valuable agent employed in banking—again over coffee. Yuri is revealed to be the rogue programmer we have been expecting.

The excitement of uncovering accounting discrepancies leads Steve Pinter to believe that the team may have a case. He presents his findings, with the team, to the Director of the FBI and is given permission to research further. Their further research leads them to discover a discrepancy that occurred between scheduled back-ups on a bank’s system they are investigating. They uncover what could be a money laundering scenario or something more sinister involving industrial espionage or foreign intelligence involvement.

The FBI starts making discreet inquiries and even tailing some of the programmers, including Yuri. Sergei becomes aware of this while waiting for Yuri one day.

Yuri ends up mysteriously hospitalized for a supposed heart attack but Steve senses it may be poison and demands a screen for poison be done. The screen comes back positive and cyanide poison is determined to be the cause. You may be thinking Sergei had a hand in this but he is taken by surprise at Yuri’s sudden hospitalization. Sergei realizes this could translate to him being next and he quickly disappears to Zurich under an assumed name.

Steve and Claire go to meet with the Russian government representative in New York who plainly states that Russia has not now or ever been involved in a plot against an American president. (Does this sound familiar?) Steve comes on very strong and suggests a media release will be done that will have the FSB (formerly known as the KGB) figured prominently as a suspect. His threat works and a meeting is set up between Steve Pinter, Claire Gordon, and Victor Dorman in Lausanne, Switzerland.

Victor Dorman is a retired spy handler for the FSB. Their meeting involves a discussion on various Russian players in the U.S. Yuri is mentioned, as is Boris Zurkin, and a mysterious man named “Al” who originally hired Sergei. Victor speaks very freely about their covert operations.

While at lunch, Victor is shot dead in the restaurant, but Steve and Claire managed to survive unscathed. After this perilous meal, Steve and Claire go to their hotel and check-in to the same suite, where romance ensues.

When they return stateside more political persons are interested in speaking to Steve Pinter, including a senator who had been calling for the President’s resignation after the alleged affair become public. A meeting is set-up with another Russian representative, Victor Korchenko. Victor tells Steve that the Russians do not believe the accusations against the President and have no hand in the scandal and no interest in damaging the President. He suggests they look at their own people and believe this may be a political conspiracy of U.S. design.

Boris Zurkin, previously thought to be a legitimate businessman by the FBI, is discovered to be involved with drug retailing. Under the threat of deportation of his family to Russia, Boris Zurkin admits to arranging to have Yuri terminated but was unaware that anyone attacked Sergei (assumed to be Victor Dorman). Boris had spoken with a U.S. attorney, Marvin Kohl, for a referral on an assassin. Marvin had not provided the information directly but was thought to have mailed the information anonymously.

Marvin Kohl is mentioned here and there throughout the book as a sketchy character. They review Boris Zurkin’s accounts and found wires to the Cayman Islands to research further. They think they have a connection to the mysterious “Al.” This story highlights the value of our BSA departments.

Then, Boris Zurkin is murdered by a poisoned birthday cake. Al goes to Jamaica and spends the night with a woman he meets named Lisa. We are introduced to some additional political players with interest in defeating new health care legislation.

While doing more research, the investigators discover that a person named Al Rourke booked a flight to Jamaica. Jamaica has close proximity to the Cayman Islands. They contact a Cayman banking connection and find out a person named Al Hockney was in and closed his accounts, which the banker reveals. It was interesting that they explain the bank’s privacy policies as “as long as you have an active account with money in it, the banker has an interest in keeping it confidential. But when you close an account, the interest of the banker diminishes.”

They continue to research Al Rourke, Claire Gordon goes back to the political research group office and is alarmed to find herself face to face with Al who knows her by name. They promptly kidnap her!

Steve Pinter thinks something is wrong and that Claire Gordon may have been taken to Jamaica. Steve, Albert, and Michael fly to Jamaica and contact authorities ,who they soon learn are corrupt with gang allegiances. Meanwhile, Claire Gordon is interrogated by Al at the hidden location. A rescue occurs but not without drama and a gun battle. Al gets away.

An attempted murder of our hero

Steve Pinter comes home to find someone in his house ready to kill him. He is able to get away after a struggle. He and Claire Gordon go to see the FBI Director and they discuss the political plot they believe is afoot. Afterwards, Steve Pinter talks to Victor Korshenko who confirms the person that was at his home is Rudolph, a known assassin with a deadly record of success, including Yuri.

Steve is moved to a safehouse but Rudolph quickly finds him and tells him he is the only person to escape him in 30 years. The FBI arrives and Rudolph jumps out of the window.

Steve Pinter goes to see Marvin Kohl, the sketchy attorney who seems to have a link to every person up to no good. After some more action and adventure, at long last, the devious conspiracy is revealed!

It’s an incredulous story with lots of action—and coffee—and a happy ending for the “good guys” in the book. 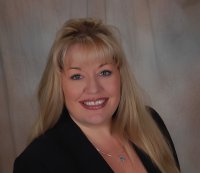 More in this category: « Living in Pottersville Handling generational shifts »
back to top